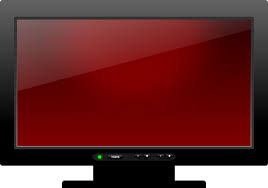 Attempt #3 - Slashed in Half

Then, well before the year was up, Unemployment Insurance ran out and I was starting my own business with no real safety net. It’s me and the world, and I want to BE the company that charges people $500 a year for the services I can offer, but can I really afford ANY from others as I try to get started, especially when I (not the wife or kids) watch the most TV out of anyone? Even if it’s background for while I work late into the night? This time, I told myself, it’s going to end, at least the next day after we use the free pay per view ticket. And so it did, but not without a fight. Dish’s last offer was its best, which seems almost counterintuitive, but I guess I had agreed to the other levels of charges, so they’re the ones who know sales.

So, what’s the lowest they will go, at least for a customer who has supported them for ten years? The offer I received was to get the same service I’d been getting, which is probably about a $55-$60 package, at $21 each month. I think someone must have decided the last-ditch save attempt is to cut the customer’s rate in half. And it darn near worked. That’s the introductory rate without having to deal with changing providers. Three TVs, 200 or so channels, DVR. Not too bad. But my goal this time was to cut off the serpent’s head, so to speak, and not to listen to its tantalizing offers, though it did have one more: become a dormant customer, and nine months later, I could still get the price we just negotiated. That’s cool, I thought. If my business is big by then, I’ll save all kinds of money and not have to enter into some long-term new contract. Sweet deal, and then the guy gets back on to finalize their offer, and mentions the fee would be $5 per month to remain a customer and keep the deal later. $5 for nothing? I asked him. He tried to explain why it was worthwhile, but he also realized quickly I was not hearing any of it, especially since he’d just offered a full TV package for a mere $15 more a month. He pretended to need to discuss it with someone to wave the $5 monthly charge, and then he did just that.

He knew I was ready to walk away completely and that I'd made up my mind, so he did the best he could to keep me on the roster.