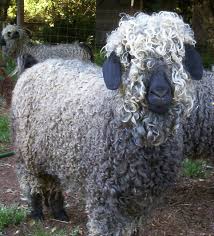 Yes, I can see how my sister's marketing plan can work. I can also see how Anik's marketing plan works. It's not just about learning email marketing, but it's also about buying into all the products and services that can make that email marketing work. I saw Bob Proctor speak mostly about being energized to do what you have to do, and I could agree with most of what he said. In fact, I was quoting him to Lisa a bit after I watched the video. But I also got suckered in to ordering his free download of a personalized relaxation recording. It was actually kind of creepy, and the audio quality was bad, but it was free. The problem (or the genius) is that I get old Bob's emails daily now. I bet he's not offering free stuff in all his new emails.

I also paid a little attention to the OMG way. I forget who the guys were promoting it, but, again, it made sense. You drive traffic, collect emails, send out content, make sales. I think they have some kind of help-each-other network set up. Join for a fee and share the power, I assume, but I didn't look into it further.

The latest one I clicked on seemed a bit more of the too-good-to-be-true realm. It's Mark Ling discussing hidden niche profits. Go from $500 a month to $10,000 a month, and then to $100,000 a month. Something like that. Same basic idea I've been seeing in some of my sister's forwards to me: grow your email list, send out ads that look like content, keep growing your list and keep sending out ads. I know it's not Spam, but it's still annoying marketing. I didn't watch the whole video, but Mark seems to want to sell people on his tool that's a simple (ugly) website made just to get emails. He then provides you with $9000 worth of emails to send out (one email a day for x-number of weeks in 15 niches). I assume it's not a free tool or setup. Of course, I can create a website that gets the email addresses and has a newsletter component, but then you'd have to actually work and write your own emails. Therefore, if you've already invested your life-savings in Anik's system, but you don't want to spend hours and hours of your time to create professionally-crafted emails about weight-loss and dating, then you either buy into Mark's part of the system or Game Over.... I watched further in the video: $20,000 worth of Mark Ling techno stuff for $750 and a year of hosting for your crappy "website." The problem is that if you don't do it, you better learn how to write and spend most of your days doing what I'm doing right now. Honestly, I can see the value in it, if it was part of the original package. AND if that passion you joined the program to promote happens to fit nicely into the marketing schemes they've created. And those include: weight loss, making money online (ironic), dating advice for men, dating advice for women, dog training, personal development, saving relationships, spirituality, nutrition, and more.

I hope my sister has navigated her way past all of the other gurus looking to cash in on Anik's system, but then again, I wonder how much of a system exists without the other gurus. Anyhow, the June update is something like this. My sister is still working on her free book, but I have created the website she needs in order to give it away and get the email addresses she needs in order to bug people. Granted, she's working full time, so I can understand the delay. On my side of things, I have gotten my name out there on all kinds of free sites as a web designer, but my best customers are still friends and family, with a few projects fermenting. My other sales (from writing) are best with my lessons, and I'm beginning to average about $75 a month on TeachersPayTeachers and maybe $30 a month on Amazon. I've made less than $500 a month on web services, but I do have four yearly, recurring hosting plans, and I should get some more in the next month or so. Let's say $50 a month in hosting for the sites by the end of summer. All told, by the end of the year, I will probably not quite average $1000 a month, assuming I continue to get a new client every two months or so and that people stay interested in my The Catcher in the Rye and Rebel Without a Cause Very Sincere Combo Pack

. $10 a month from Google Adsense and $1 a month from Amazon's version won't hurt, but we're still talking traditional marketing and use of social media and other free tools to get a message out netting me between $500 and $1000 a month by year's end. Next year, more residual hosting fees and more of a sales reputation might change a few things, but not right away.

Therefore, in June, I am still ahead of my sister, mainly because I have spent almost nothing in ads while she has paid me to help her with her website. We'll check in again later to see how things are changing.