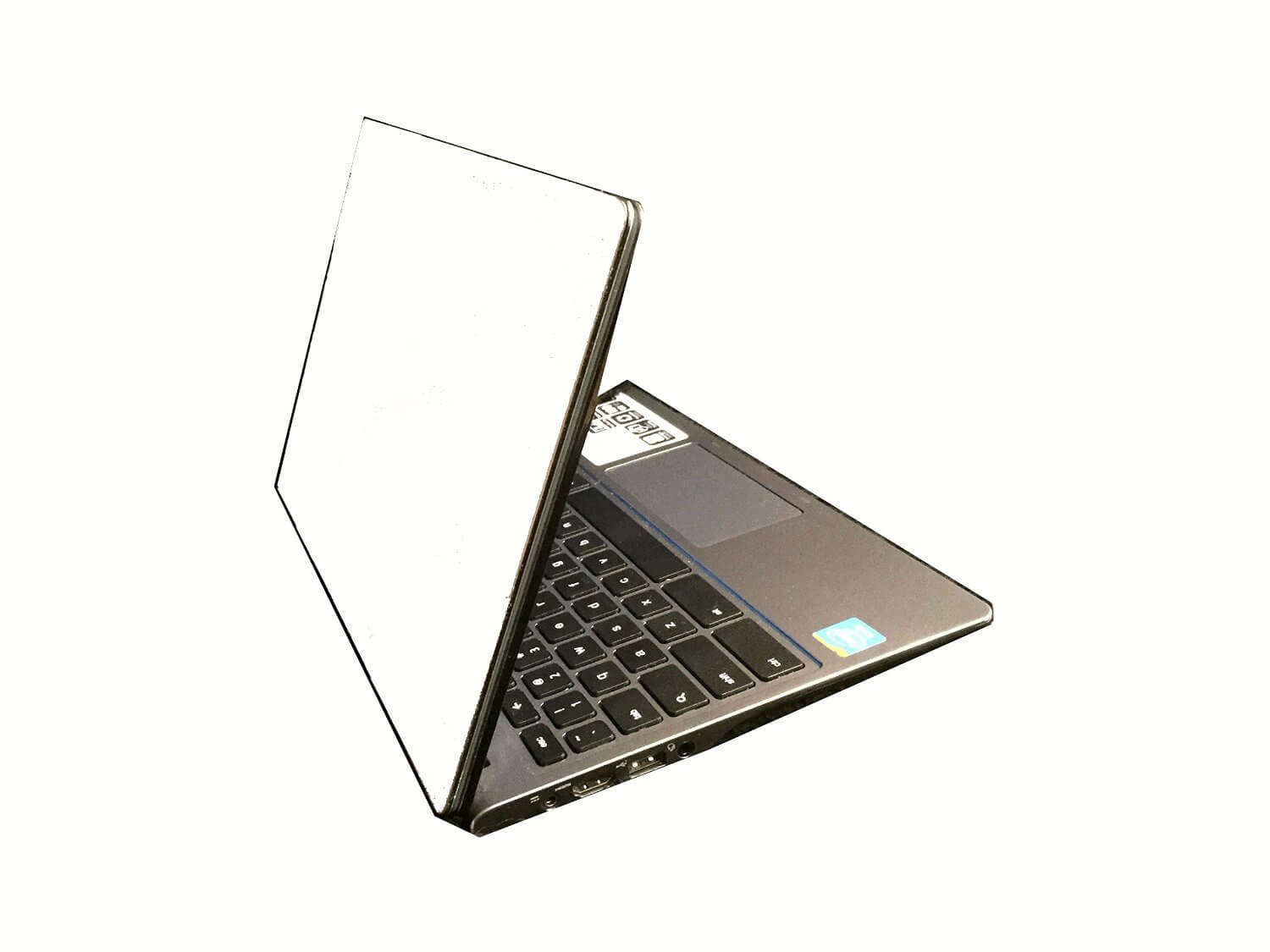 Both of the Lutheran schools that Lisa asked Lisa to come work for them were in the process of acquiring Chromebooks this year for next school year. This is a wonderful opportunity for the teachers and students of those schools. Many schools across the country have already adopted Chromebooks as the preferred one-to-one option, and for good reason: they're cheap and effective. The fact that they're cheap, however, means that there's room for improvement when it comes to protection, and the ipearl cover claims to be the solution for school technology departments (or small school principals) across the country.

I have no problems with the ipearl, but you do have a choice. When searching for Chromebook cases, you might Gumdrop, Bump Armor, Case Logic, Cranium, or Volume Cases. You'll also run across longstanding retail names like Targus or Kensington. When I was teaching, the school districts I was in used the soft carrying cases, bulky and effective when used by students. As a substitute, I saw the Chromebooks exit the soft cases way too often, but I also noticed how cumbersome those options were for students. Unless the ONLY item students need for all of their classes is the Chromebook, then these are not great options, so let's focus on the cases that protect without creating new challenges.

If you are a technology director for a school district, you have one chance to get it right when it comes to providing protection for your Chromebooks. You are the one responsible for reading all the reviews and coming to the decision that makes the most sense for your district, whether you've adopted 1:1 or BYOD. Do you go with the #1 Google ad placements (from Best Buy or Staples), the #1 Google search result (from ipearl), or do you dig deeper?

When my wife was searching for a cover for her phone, we spent a long time looking at hundreds of reviews. In the end, we decided we wanted a combination hard/soft case that had a built-in stand, but after getting it, we realized how much bulk is added by such a cover. Since we bought our own phones and don't have added insurance, we decided the bulk might be a necessary evil. With Chromebooks, some sort of protection is also necessary, but you don't have to simply go with the names you've heard before or that show up first on Google. Think about what you need, what you don't need, what the main weakness is, and whether or not the item provides any other perks.

All things considered, the iPearl is a nice option. Maybe it's not the best Chromebook protection available, but there's nothing wrong with it, and the school board will likely approve it based on sales and reviews. However, if you want to save the school district thousands of dollars and get some added functionality, then you must check out the Cranium Chromebook Hard Shell Case. While iPearl makes a big deal about being made out of some plastic develpoed by a major plastics company, The Cranium uses aluminum, which is also used in space-age technology and race cars. All of the plastic protectors will tell you how amazing the plastic is, but we all know plastic is not THAT amazing. The Cranium will also not add a lot of bulk, even if it's as heavy as some of the competition. Some weight is needed to provide rigidity where the Chromebook needs it (to protect from a flexing screen), but since The Cranium is not a full wrap-around plastic case, it won't add all the bulkiness. Lastly, like my wife's phone case, The Cranium adds functionality, since it works as a whiteboard.

I happen to know the man who invented and produces The Cranium. He is a teacher and American business owner from Wisconsin.  If you contact me, I can forward your request for a quote. While you might see The Cranium associated with only one or two kinds of Chromebooks in other articles, bulk sales can be filled for any models from the manufacturers listed below: