Angola, Thanks for Following 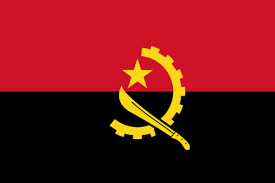 I was messing around on Google Adsense and saw that my top three countries this week were the United States, Canada, and Angola. In fact, Angola might have been second. I think I know why: the fine people of Angola really appreciate my writing because I "get" them.

Or, I have a welcome message on McNewsy that appeals to the fine people of Angola.

Or, and I hope this is not the case, the Angolans (not Angolese, apparently, unless they're from a certain tribe) have learned how to hack websites and are making some effort to get into mine.

Honestly, I'd love Russians, Angolans, Chinese, Ukrainians,  and North Koreans to not only embrace capitalism, but also stop trying to hack into my sites. I'm not even saying you can't do it. You probably can. But why? You won't get rich from hacking my sites, and you're not going to learn any major political secrets. In fact, all you do is annoy me. That's it: you annoy one other human being.

However, assuming the Angolans on my site were not trying to hack anything, thanks a lot, folks.