I Told Her Not to Play 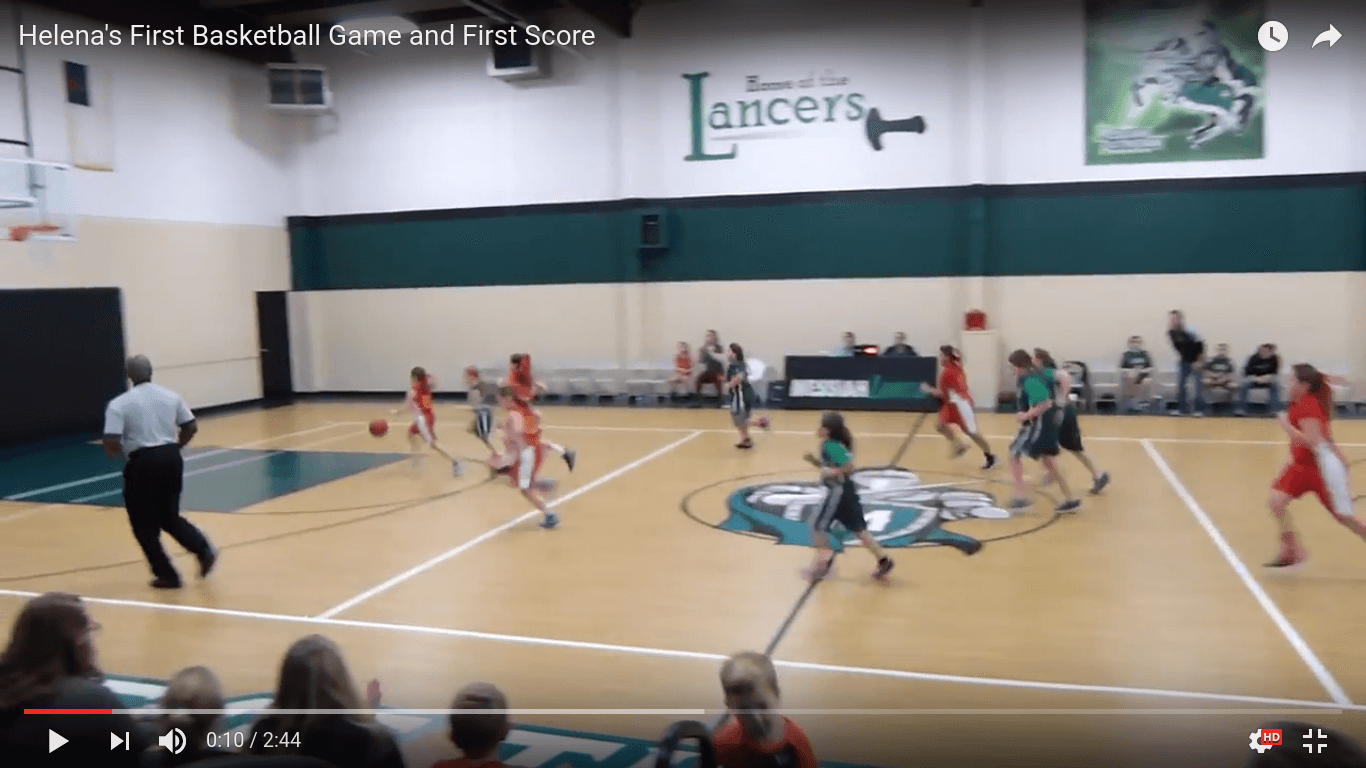 As a parent, I want to guide and protect my kids. I thought I was doing that when I questioned Helena's desire to play basketball on the 5th/6th grade team. As of this summer, she had trouble heaving a soccer ball up to the rim. Besides, she's one of the smallest girls in her 4th grade class. In the end, after much nagging, I agreed to let her give it a try. I picked up a basketball hoop for free that I had to fix up a little, and she practiced with me. I watched some of the early practices, and she seemed to get the hang of the fundamentals. She kept working and kept improving so that she was able to hold her own during practice.

I still worried, since her team is made up of mostly 4th graders. Even if they looked to be improving in practice, how would that translate to the games? I'm still not sure if it was a blessing or a curse, but the first game was against a squad that had TWO girls shorter than Helena and no one who looked even remotely like a sixth grader. So the team that thought it was going to have a learning season suddenly got a taste of victory in its first battle. It's a blessing if that inspires the players to keep working. It's a curse if they start to think they've already exceeded expectations, especially since the team will likely meet at least one team with several older girls.

One thing that I certainly noticed was how much Helena wanted to be part of the game. She wanted the ball so much that I had to tell her to stop calling for it when she wasn't open. She hounded anyone with the ball from the other team, even if it meant moving out of position. And her intensity meant taking more shots than anyone on either team. She missed almost all of the shots, but she got open or got a rebound and took another one. Even if most of the cross-court passes were ill-advised, she had a plan and as much confidence as anyone in the gym. It was something to see, really, since the competition seemed to bring out more than I'd seen in any of the practices.

The part I'd missed when I told her not to play this year was that kids want to compete. They want to improve. They want to prove something, even if it takes losing to do it. By the time I was her age, I had played in lots of basketball games on the playground or alley, and it was playing the game that made it fun, not necessarily winning every game. Doing a little better each time out and competing against your past. I never should have questioned that desire. That's what I want her to have.

I got lucky with my camera at the game. I took a lot of still photos, and then I decided to record a few minutes of the game on video. Fifteen seconds into the recording, Helena got her first official basket in a game. But it's the effort on defense that is probably more important. That's what will lead to more points, assists, and maybe even a few more wins in the next several years. Take a look: