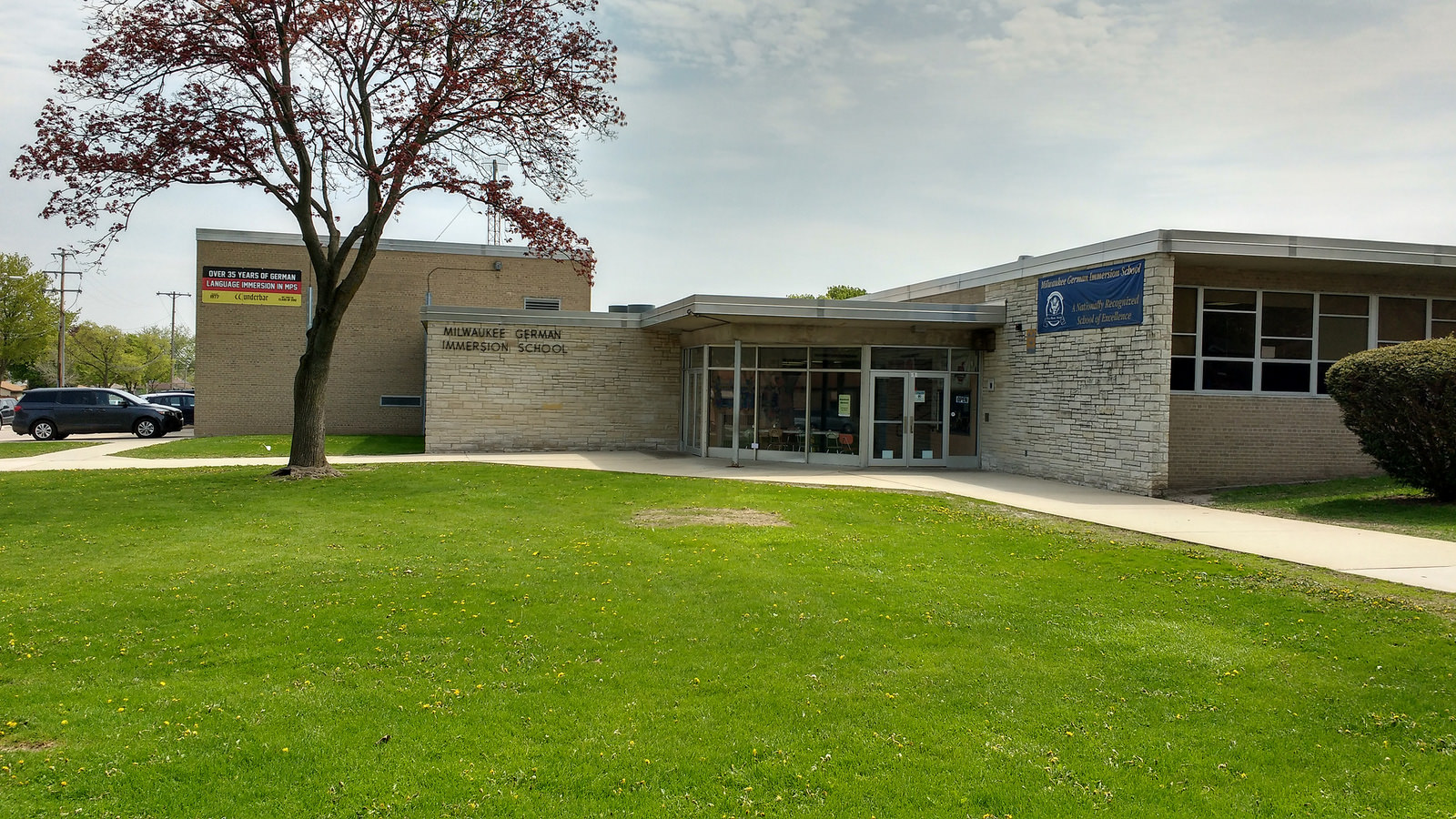 I've been writing a bit about what people from out of town might want in a house, but if you use online tools to research a neighborhood, you miss a lot of the nuances when it comes to crime or school. For example, when I type in my own zip code on one of the housing sites, I get a report for ALL of MKE, not just my neighborhood surrounded by Tosa. That means others looking at my hood think that it has 800x the average violent crime rate on my quiet little block next to Cannon Park. However, searchers also see the same kind of statistical misrepresentation when it comes to schools. While Wauwatosa or Brookfield might have a better overall school rating, Milwaukee has schools that are just as good (often better). The difference is that you have to look for the Milwaukee schools of choice.

The schools I know most about in MKE are the language immersion schools. I think some of the Montessori schools are well-liked, as well as some other specialty schools, but I also know programs for academically talented in Milwaukee have become a veritable joke over the past 20 years, as have most of the high schools, so keep that in mind as you search.

The immersion schools in Milwaukee are in different locations until middle school (MSL). The best of the immersion programs is MGIS (Milwaukee German Immersion School). Not only is it one of only a few free public German immersion schools in the country, there are only a few more paid versions around, so it's a very unique program. The French Immersion (where I went many years ago) is more of a middle-of-the-road school. It's not as unique, and its student body is not what it used to be, so the test scores likely reflect that shift. I'd honestly avoid the Spanish Immerison, since it's always been a place for Spanish-speaking kids to learn English as much as the other way around. Sure, it's nice to learn from native speakers, but I guess I'd want those to be the teachers, no the fellow students (but that might just be me).

I know there were other immersion programs set up over the years in MKE, but I'm not sure how good those are or whether they've survived. If you are looking to get your students in to the immersion programs (or other magnet schools), however, it's a "lottery" system, so you might want to use this advice to help you get them in:

1. Imply you have been part of a similar program. Since I had been in the French Immersion, I knew I had more clout. They also know they'll be getting someone who understands.

2. Do not imply you'll be leaving. Even if you're a resident at MCW and will likely pull your kids out in two years, do not write that anywhere. MPS does not want you to open up a seat at a good school that cannot be filled, so they are really looking for those who want to stick around.

3. Use connections. We had Helena in a ballet class with someone from a Montessori school. Lisa and the girl's mom hit it off a bit, and we used her name as a reference when we applied. In fact, we got Helena into BOTH the best immersion school and the best Montessori school for K4, which meant that WE had the choice. Contact me and use me as a reference or join a few play groups in the area. Slightly manipulative, yes, but you have not seen some of the other MPS schools you'll want to be avoiding.

4. If you live in Milwaukee itself, be sure to let someone know this. Sure, they like to get suburban money at the magnet schools, but it's also important to serve Milwaukee students. In fact, if you know someone from Menomonee Falls got a seat ahead of you, argue that it should never happen.

Mostly, get your kids in. Take it to the school board if you have to. Send them to Tosa if need be. Move to Brookfield if you must, but do not let your kids attend a "normal" Milwaukee Public Schools location. If you follow this advice, you can find schools that are BETTER than the suburban alternatives, but MPS will not find these schools for you. Once in, you'll have to work to keep money coming to these schools, too, as in voting or writing to politicians.

While our kids are transferring out of MGIS, that is one of the most difficult parts of relocating, and we were very close to waiting a couple more years just to stick with the immersion program. Of course, that's kind of hard to do when you're flat broke, so we are relocating to provide for our kids. However, if you've been given the opportunity to live in the Milwaukee area, then be sure to think about MGIS or other language immersion schools for your kids.

If you are new to the area and want a website builder who understands Milwaukee, then Passive Ninja Web Design is your best choice. If your church needs a new website, try Brave New Church. 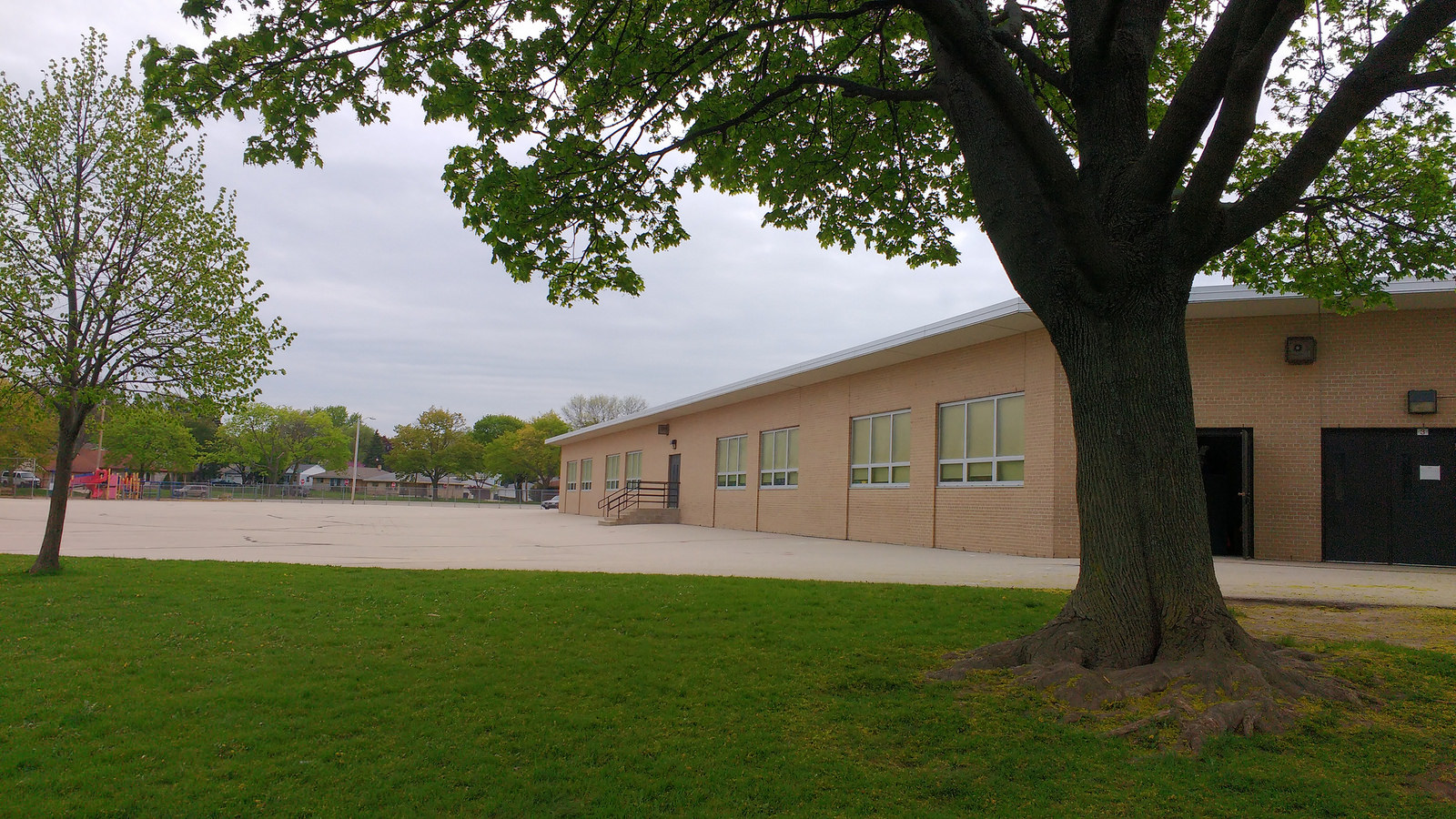 The south side of MGIS is an addition that houses about a dozen classrooms and a library. 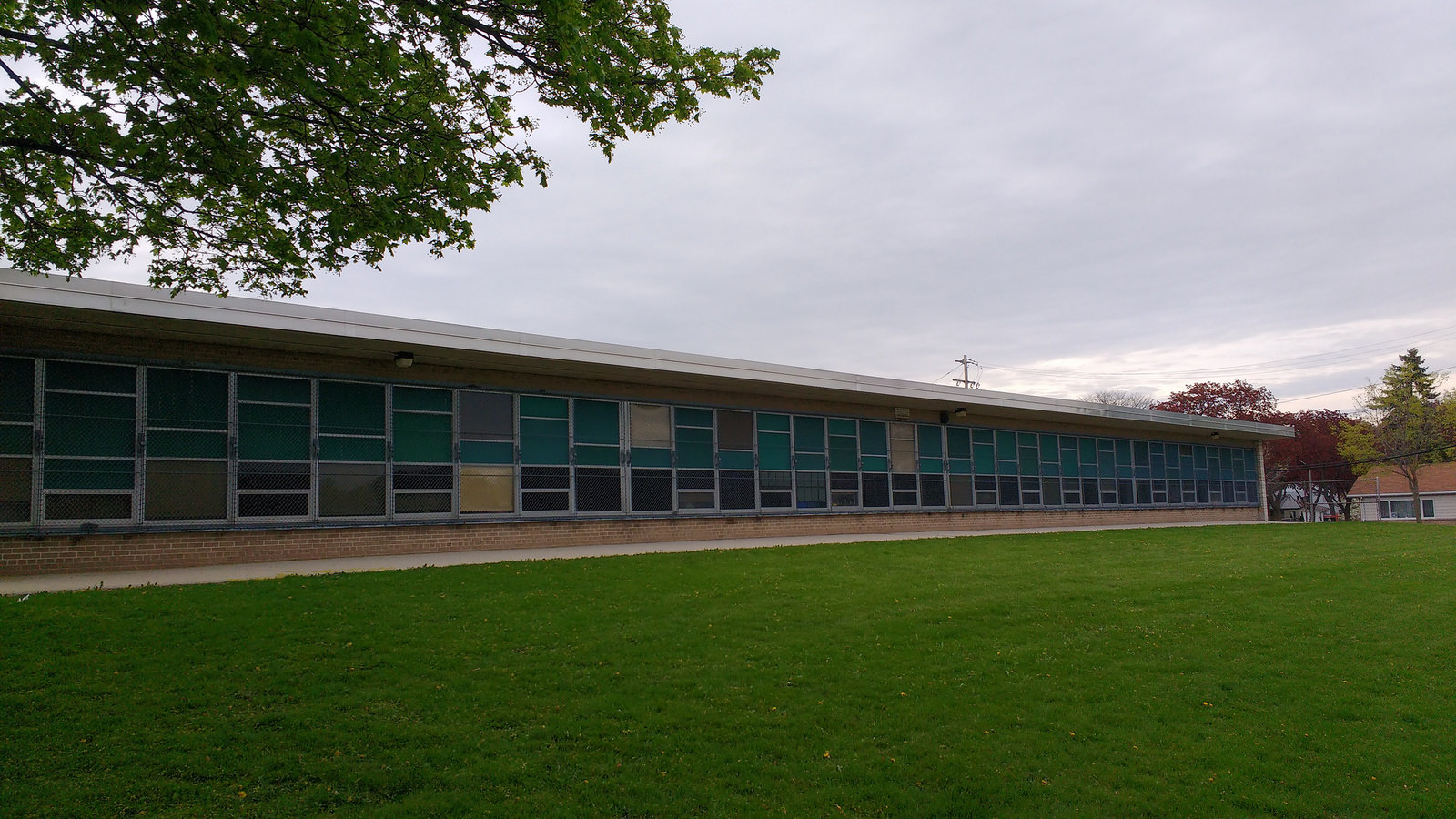 This photo shows the east side of MGIS from Nash Park. These are all older classrooms--the kindergarten and 1st grade French and German rooms from back when it was 82nd Street School.