Dealing With Race And The N-Word In My House 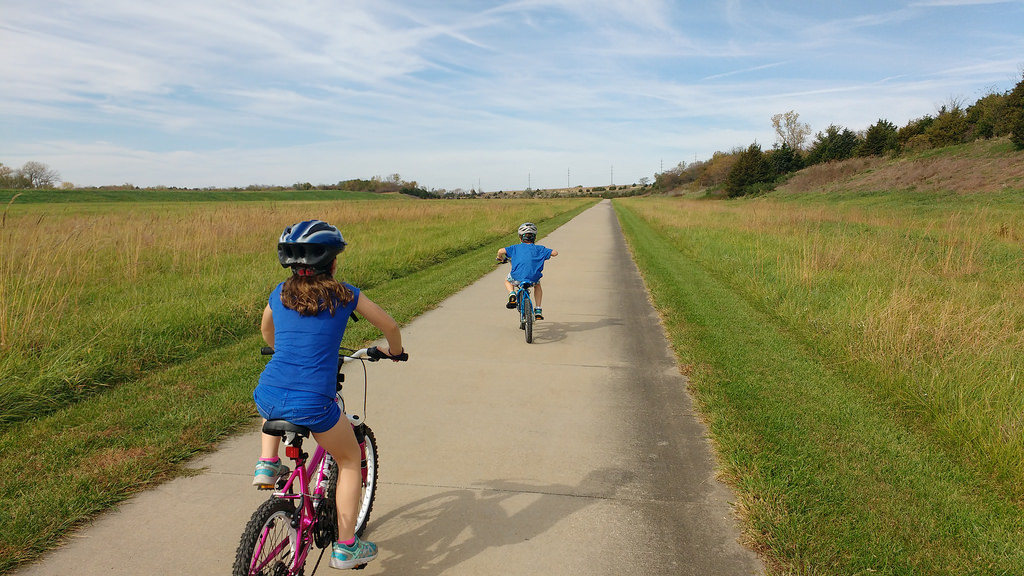 I’m a white guy with two kids, currently living in the South. You might think that means I’m racist. Like most of us, I try not to be. Really, most people from all races living wherever try not to be racist, and yet most people are. I’m attempting to navigate the race issue with my kids, and I’m not entirely sure what I’m doing, so we’ll see what happens. Maybe you're in a similar situation with your own kids, and some of what I'm experiencing can help you to realize you're not alone.

Some context. I went to an elementary school that was around 50% minority. I didn’t get called racist until I was in fifth grade, and I didn’t even know what it meant. Confused, I asked my dad if I was racist. He said no, and that was that. But we lived in a neighborhood that was 90% white in a city that was the most segregated in the country (Milwaukee), so I’m pretty sure all that has crept into my adult life, even after having gone to a high school that was 80% minority. Maybe as a result, I don’t know. But this article is about my kids, and even though their experience is partially a result of my own, I want them to benefit from my perspective and (maybe) wisdom.

While watching James play basketball, Helena asked me loudly (and in front of plenty of black spectators) why black people are better at sports. I told her they play more. I could have gotten into theories in physical science or economics, but I figured that was enough. Of course, I also asked her why she thought it was true, and she said she’d looked at rosters of football and basketball teams, and most of the faces were black. Classic categorization by the human brain.Yes, the NBA is around 75% black, but that does not mean she can't play the sport. It also doesn't mean she needs a white player to be her favorite. With her size, she needs to emulate guards who were good, like John Stockton, Jason Kidd, Chris Paul, and Steve Nash, who's Canadian. And she better study up on Muggsy Bogues.

Within a few days of the sports question, James asked me why I call them black people. Helena and he had gotten in the habit of calling them brown and various other shades, as ways to identify students from their former school, where there were many shades of children. I told James I called them black because that’s what all the black kids I knew called each other. Sure, sometimes they’d rag on each other with such terms as midnight, smokey, or light skinded, but they were all black people to all of us, white and black, so that’s what I’ve continued to say. This is probably wrong, just as old TV shows seem out of touch with such terms as colored or negro, depending on the time period. I went PC in college because it seemed professors, most of whom did not seem to hang out with black people, wanted to call blacks African-American. Orientals were Asians. Mexicans and Puerto Ricans were Hispanic or Latino. I don’t even know. But my Native American friends still said they were Indians. And we might call an Asian friend an Asian Sensation rather than a Mental Oriental. Anyhow, I told James to ask his black friend what he called himself, or at least listen to what the kid called other black kids at school (when talking about them in an appropriate manner).

That’s when the N-Word came up. James said that his black friend at school hated it when people called him some N-Word. Helena did not know what the word might be. James said he heard someone say it, and it was “Nit.” At least that was what he thought he heard. Channeling Monty Python and the Holy Grail, I said, “Nit! Nit! Nit!” And then I realized that if James thought that was the word, I better not encourage him to say it, so I told him not to say that in front of his black friend.

Obviously, I’ve done a decent job of ridiculing other people of all races without exposing my kids to words that might hurt. However, my kids are total white bread. Complete cracker honkeys. And they can see the surface differences. Now, I have to figure out how to educate them, and it goes beyond identifying words we don’t use in our household. Or observations we don’t make out loud. I’ve met some very racist people who have never once called someone a Nit, some of whom have said I was racist for wanting to speak frankly about race, social class, or economics. These folks might read this article and think I’m racist. Words and public comments are the obvious ways of identifying issues with race relations, but it’s the ideas that we all hold (and don’t tell) that are much more powerful. These ideas are confirmed by news stories or our favorite political debates. For some kids, the ideas are confirmed by parents, extended family, government institutions, church, social media, or wherever opinions might be present. I can’t protect my kids from hearing the words or seeing the differences, but I’ll try to show them what I’ve learned about people so that they see why we’re all racist.