Review of Hack for Change MKE 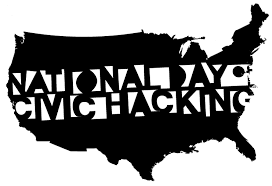 I must begin this review with a caveat: my goal was twofold in joining the Hack for Change event in Milwaukee (HackMKE). I wanted to throw my ideas out there in a place that might lead to something positive for my city AND I wanted to make some connections that might help me in my own endeavors as a business owner or employable mind. Overall, the idea is great and the experience was wonderful. However, I assume the long-term results might not be as satisfying as the morning I spent hacking for civic change.

Let's start with why I think a lot of what was discussed will end up being lost in the mountains of unusable data: the big players were not present. Not that there weren't important, enthusiastic people at the event. I'm not even saying that the ideas won't come to fruition with enough of a push, but I just wonder how invested volunteers will have become after one day. That said, I hope to see at least one of the projects come to something and lead to change, which was the main goal.

Now to what WAS good about the day and why the idea can work to help fix our civic problems, and likely some of the reasons overlap the negatives. For example, because the "hackers" were not self-interested for the most part, it led to real dialogue about trying to help. This meant that the discussion my group was having about voucher schools did not benefit any one of us too much one way or another, even though we had differing opinions about the usefulness of said schools. We wanted to create a tool for parents, teachers, administrators, and taxpayers to use in order to objectively compare schools. We decided that schools that were not required to report data were the biggest offenders We also found that schools overperforming based on predicted factors (income of parents) should be given a break, even if the numbers don't look great compared to other schools. Most of all, we decided that if a comparison of all factors could be made in an unbiased way, the arguments about whether to use the system might lead more to which philosophies or practices actually work in schools.

Think about that for a minute. We want the data to lead to a result of improving the schools, not as a tool for politicians to close schools or for parents to send their kids to another school. Not as a way to say school choice does not work. We wanted to use the expertise of the group to create a system that might create a better school experience for our kids rather than a financial benefit for our businesses or unions. We started small, thinking we could simply identify test scores and other available data in a nice way, like on a map, but that led us to questioning the importance of just re-posting the data. Yes, we could try to identify schools that are not reporting and try to show the diamonds in the rough, but when a former teacher (me) said that wasn't enough to actually improve schools, the group acted. It acted in a way that five people without direct monetary involvement or too much emotion can act when charged with making a plan to fix something.

I did not visit the other tables, even though I had ideas that might have helped them, as well. And I had to leave shortly after lunch for a wedding, so I really only experienced about half the day. I heard our group's presentation was good. Maybe inspiring. No doubt, however, we figured out nearly as much about the issue at hand as a bunch of teachers or administrators at a "data retreat" coming in with too many preconceived notions about what works in education. The other groups, in the same way, were better than a bunch of community activists or business leaders in coming up with ways to help other aspects of our little world in Milwaukee. In the end, it's complicated. One of the members of our group said that most of these ideas fizzle within a few weeks or months. I could see it being a lot of work to implement any of our ideas. I could see it as not benefiting any one of us, but that's probably what makes the event so appealing in the first place. Therefore, if you get a chance to try a social hack for change (one that's not necessarily made for techies), I would highly recommend the experience.

As a side note, for those of you looking to make connections for self-promotional purposes, this event did lend itself to that to some extent. Since I am horrible at talking to people, it helped that I showed up the night before for a meet and greet, that I knew one of the co-organizers/sponsors, and that I brought my talkative wife with me to at least the initial meeting at the bar. Even though I own two website domains that could tie in with the hack we worked on, I didn't go overboard trying to push my own agenda, and I think that's the right way to approach the event. However, since my agenda (with my websites and at the hack for change) includes a better educational system, I think my mentioning of what I could provide was not out of line. Just don't expect everyone there to want to put you in charge of some kind of money-making scheme using their volunteered talents.

Extra side notes: I did not take the brewery tour at Brenner on the Friday before the hack event, so it was a free beer and some conversation for us (and no opinion of the venue). Someone did have a bag of cheese curds (someone always does), but we'd just eaten dinner. I did, however,  take the tour of Radio Milwaukee's green roof. I guess it was the first one I'd been on, but I also guess I was hoping for more, like tomatoes the size of watermelons, beehives, and a chicken coupe. It was a deck with plants and rain barrels, which is still totally cooler than my deteriorating asphalt roof, but just not more than what I expected.