Details
Written by Brian Jaeger
Category: Being a Role Model
Published: 16 May 2015 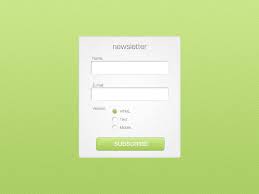 Have you ever been Spoommed? Yes, I coined the phrase. Maybe a better word exists, but this is what it is: getting spam because someone spoofed as you upon signup. It’s kind of like when my friend Casey and I used to prank call girls and then leave Jeff’s phone number so that angry fathers would call him. But we knew Jeff. There’s a guy named Yefim Kaganovsky who does not know me, but I’ve been getting Spoommed because of him for years.

I think it began a half dozen years ago. I started getting email for Bobby Kaganovsky or just Bobby. Often work-at-home job offers. But my name’s Brian, not Bobby. It was slightly annoying, but I thought the name was funny, so instead of trying to figure out why someone thought I was Bobby Kaganovsky, I actually created an email and social media profile, essentially making a spoof out of a spoofer. He’s also a character in my Wild West Allis stories as a vampire from Pittsburgh.

It was kind of annoying, but I almost had it in my head that maybe I’d made up the name, kind of like how Cousin Jason does a flamboyant Bruce Koszkiasky performance for laughs. However, I still got emails without ever signing up for anything, still targeted at Bobby. Eventually, odd emails were also coming from a couple of auto dealerships and the Republican Party in Nevada. These new emails were not addressed to Bobby. I got the impression, however, that someone was Spoomming me by signing up for websites, maybe for a contest of some sort, but using my email in order to stay off of mailing lists.

The problem is, Yefim Kaganovsky from Las Vegas via Ukraine, it’s not nice to do this. I don’t know if it’s against any laws or if the NSA will be investigating you because you did it, but when others google Yefim Kaganovsky, I hope they will find this article and realize that Spoomming someone has consequences.

Maybe someone just read this article and wants to be famous, since Vadim Ruzzel is now Spoomming me. He lives in Mequon. However, with names like Yefim and Vadim, I wonder if the NSA knows about this spoomming of my email account and whether that agency realizes I am not voting for Republicans in Vegas and buying Chevys in Mequon.

Lisa went through something similar with Kewanna McCormick. K-Love has been Spoomming our cell phone number for nearly a decade. She doesn’t pay bills and then leaves Lisa’s cell phone number for bill collectors to call. Very rude bill collectors. We tried the police, but the boys in blue did not consider it to be a case of identity theft. It’s just someone being disrespectful and dishonest, something I assume Kewanna knows a lot about. Then again, so does Yefim.

Let me know in the comments if this has ever happened to you.