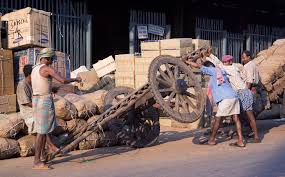 So this girl comes into an auto repair shop, and I’m thinking it’s the start to a joke, and it kind of is. She tells the manager, who’s 100 pounds overweight and sitting in his management position at the desk, that the Open sign is not on. Wondering if that’s the only reason she stopped in, I am intrigued by the ensuing conversation. She requests an emissions test. He asks for the letter from the DOT, but she explains that she doesn’t have a letter. He says that cars are only tested every other year, and that maybe she doesn’t need a test. What year is her car? he asks. She doesn’t know, really, but she does know the plates expired in December. He is keeping a straight face in late March, and I guess that’s what makes him the manager. He hypothesizes she got the letter in August. She remembers the year of the car, and he says she does need the test, but now she’ll have to go online and pay all the late fees and have the state send her another letter. Then he suggests she should take it somewhere that actually does the tests because his shop does not. She’s a college student, sporting a UW-Milwaukee sweatshirt, not giving my alma mater much of a good name. She’s also sporting a sizable ass for her age, but she has a nice smile, so we’re both willing to forgive her ignorance a bit. Then I imagine how easy it would be for him to sell her a brake job she doesn’t really need next time she comes in with a little squeaking coming from a wheel. But the new brakes won’t stop her from being a cute, clueless college girl. And the world keeps turning as it’s always been, my mind drifting to whether husbands a thousand years ago shook their heads when their wives came home from the carriage repair shop.