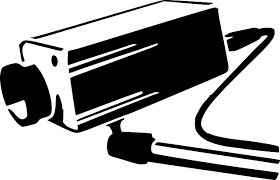 A man in Singapore was fined $15,000 and sentenced to five hours of community service for tossing 34 cigarettes out of his window over the course of four days. Not that it really matters, but the first 33 were fined at about $450 each (or 600 Singapore dollars), and the last cigarette got him the community service, presumably because there was a limit on how much one person could be fined for littering.

I guess here’s the big question, since we obviously have the technology to use cameras to police everything we do (or our neighbors do), should we? I’m not talking about the drone hovering above your house right now. I'm talking random, constant surveillance Singapore has a population of about five million people, or about 10 times that of Milwaukee but three times the population density, their 600 cameras would be the equivalent of about 180 cameras in my own city. While that’s substantial, I read an article that said Milwaukee already has “dozens” of cameras and is looking to install as many as 500, or more than double the Singapore equivalent.

In a city of about 100 square miles, that means about five cameras per square mile. Now, that’s not a camera on every block, but it’s about one every five blocks. The way Milwaukee works, my neighborhood might get one camera, while downtown might get twenty or more per square mile, and who knows how many in the worst crime neighborhoods--I'd assume somewhere in between.

But where would you want to live? We can assume that wealthy Milwaukeeans will never be fined for tossing some cigarettes out of their high rise apartments, but where will we draw the line? Vandalism? Public urination? Littering? Loitering? Illegal parking? Are we looking to eventually have Tom Cruise busting down our doors to stop crimes we’ve yet to commit? Of course not; that would be creepy. Then again, crunching numbers once more, half of 34 is 17, which is the number of victims of one Milwaukee resident who could have used a Big Brother police camera on his block.