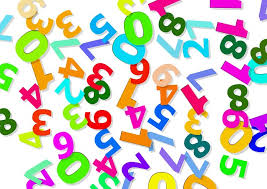 by James Brian Jaeger is now available on Amazon and CreateSpace as a paperback. This is the full version that includes all numbers from 1-208. The quality is decent, but the cover will bend a bit over time. Keep in mind that this is completely a self-publishing job, so that means we either had to hire a press to run a bunch of the books and store/ship them from home, or we had to go with a press that makes each book as the order comes in: Create Space. Because it's custom, the costs are higher per book, so we tried everything we could to whittle the pages down to 102 from the original 150+.

The way it works is that price is dictated by this expensive printing process, so 100 full-color pages costs a certain amount, and then it all depends on where you want to sell the book. I figured it has to be available on Amazon, so that meant we had to charge a certain amount to break even. Right now, at $14.99, James will be making a whopping $1.00 from each sale on Amazon. Probably less if there are some taxes they'll take later. We'll make $4.00 for each sale from Create Space.

However, had we chosen to sell to libraries and book stores, Create Space says we would have charged nearly $10 more per book, so we're not bothering with those outlets right now. Also, if we purchase 10 books, we get them for less than $9.00 and about a dollar each for shipping, so we could potentially sell them a bit cheaper from home. However, that means buying ahead and storing books, then dealing with being salespeople. Right now, we're hoping a publisher who is a friend of a cousin of a college roommate might see this article and think that a book written by a five year-old  about personified numbers might be a numbers cool thing to sell.

Even if you don't know that person, maybe you have some kind of connection with children's book publishers or agents. Not someone who's going to take the idea and have a bunch of five year-olds in a sweatshop in Bangladesh creating books. Someone who would appreciate the creativity, dedication, and potential from the Numbers Cool Book.