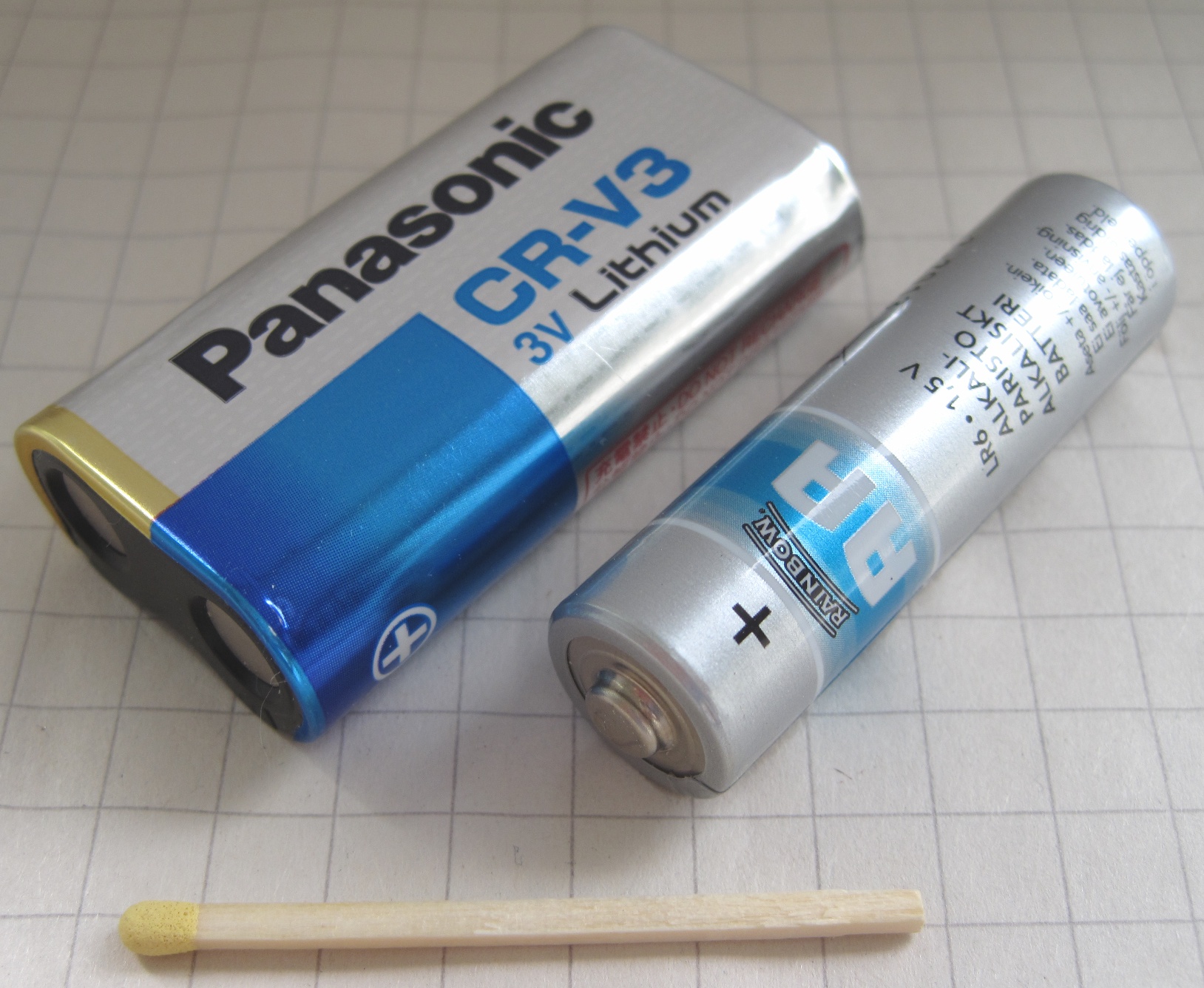 This is not a mind-blowing experiment or even a money-saver, unless you happen to have useless CR-V3 batteries in your house. Why would you? Let's say you owned a digital camera that used only CRV3s and you let your four year-old son have it when you bought your wife a new camera. And let's say he dropped it and broke it that very day, only a few months after you'd bought a CRV3 two-pack. Then, let's say you left the batteries in a battery rack for a couple of years, waiting to see if you ever needed them for another device. Nope. And then, one day you're organizing the batteries and test the old CRV3s and realize they are still fully-charged. They look like two 1.5 volt AA batteries, but you check online just to make sure, and there isn't a whole lot, except for maybe this article and a forum post that gets a lot of battery aficiondos upset that someone would bother to take one apart.

Basically, I just decided to go ahead and take them apart to see if I could get four "free" AA batteries instead of just throwing them away. The process is very simple: use a small screwdriver or maybe a blade to get under the outer packaging. Then you'll have to undo the metal tab that is soldered to one positive and one negative terminal. I did this by bending it back and forth until it broke. You might have a nice metal-cutting tool.

That's it. Two newish batteries. I tested them in an old portable cassette player without destroying it, so I assume they'll all work. I guess they're lithium, so that means my 90s rap mixtape should sound better. No, they're not rechargeable, and they'll probably just last like any other AA batteries, but now they can be used instead of sitting around for another few years.

Hey, if this saved you a few bucks, remember to click on an ad so I can make $.50 for the effort.