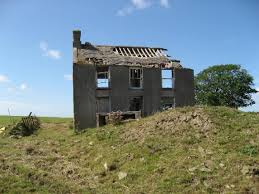 The state, using Act 10, has certainly taken its toll on us possibly wanting to leave. And now, on the same day I read about bad WEDC loans made to Walker’s campaign contributors, I am denied a loan of my own by the city of Milwaukee. A partially-forgivable loan MEANT for low-income people in order for them to keep their houses from falling apart and to stay in the city: the Strong Home Loan.

The problem is that, since my business is just starting out, and I don’t have the backing of Scott Walker and the WEDC (or the creative accounting skills of the company Walker's agency lent $500,000), I had to show very little income for the first quarter. This led to a committee meeting wherein I was denied the loan.

The problem with the city denying loans like this, and I’m sure I’m not alone, is that the program is designed to offer hope to those that are not wealthy but want to use the right resources to make a go of it. Honestly, it’s probably mostly designed for folks like Lisa and me, but I’m sure big hearts lead for it to be more often used for the elderly or disabled (who had special categories on the application). The problem is that sometimes those folks maybe do need to move on to a facility more suited to their needs, whereas a young family doesn’t have a retirement community as an option, and now my small business doesn’t have a helpful loan to help us keep the house from falling apart as I get it off the ground: a business I planned on keeping in the Milwaukee area along with my college degree.

It’s not the first loan nail in the coffin, however. People were getting government help who’d bought houses they couldn’t afford, and then a few years later, first-time homebuyers were getting similar help. First, teachers who taught in the poorest schools were getting loan forgiveness, then teachers in any school (but who were there long enough after a certain date), and eventually every wide-eyed college kid who’s taken out a loan. I even missed out on Cash for Clunkers and every other city of Milwaukee loan created specifically for crappy neighborhoods. I did get a student loan deferment for six months, I guess, but that’s back in repayment now, and it probably counted against me in the Strong loan application.

We have made huge strides to pay for less each month, to simplify while I get things going. However, it’s kind of a slap in the face that the city of Milwaukee, where I’ve lived my whole life, worked hard to convince my wife was a good enough place to live, and where I’ve tried to convince others was a worthwhile place to be, does not believe in me enough to take a chance. The city would rather me sell my house and move South with Lisa’s longing for better weather, or maybe it would rather I take time out of creating my own business in order to learn how to re-roof my own house, on top of the eight hours I spent just trying to apply to the loan, which included finding tax returns for the last three years. I honestly don't even know how the super-old, disabled, or those with a lack of education even fill out these forms.

I’m sure the Strong Loan program has good intentions, and it probably helps a lot of people who’d rather be living elsewhere stay in Milwaukee, and I’m sure Milwaukee is happy to have those people on the tax rolls. But unlike a lot of them, I was planning on keeping my family here many more years, and I’ve never been delinquent on ANY bills. I was planning on starting a successful business or three. I was planning on getting any job necessary to meet my obligations. I was planning on investing a lot of what I received back into the city where I grew up, but this denial feels more like a request to vacate. I was hoping for more than the stereotypical government lack of faith, creativity, forward-thinking, and intelligence that has been prevalent in Wisconsin for the past six years (unless you know the right people), but I think my denial of funds is just another example of government doing its job to maintain the status quo and to promote programs destined to fail, benefiting the one percent on either end of the spectrum.  When my business is solvent, I'm sure I'll be paying for a number defaulted loans from this program, whereas I would have done whatever necessary took to pay my debts.

In fact, I think my goal as a concerned citizen will be to track the health of the loans offered in the Strong Homes loan project in Milwaukee, so I hope to update this article when I find any relevant information.