Craigslist Score With a Lesson

One lesson I've learned on Craigslist is that you can get a little more for your items if you spend a few minutes taking a decent photo and researching the item, especially if it's bicycle-related. In fact, I'm not sure anything has better resale value that bike stuff on CL, but tonight I got to get a great deal because a seller just wasn't concerned about the photo or research. Good for me, but if you're going to sell some stuff, you might want to promote the item a bit more than the item I found.

The image was this: 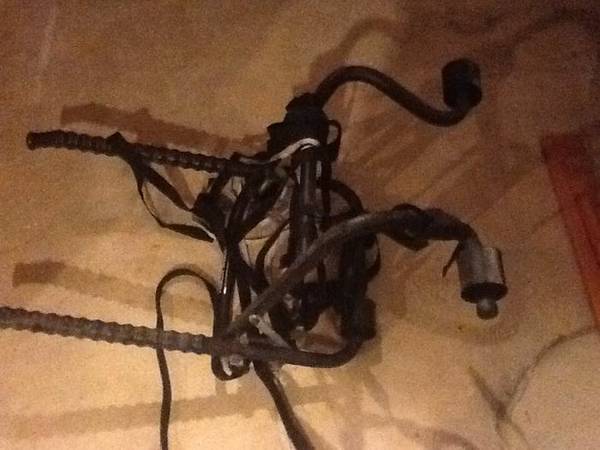 I saw all kinds of $20-$100 bike racks, but I knew I could get one on Amazon for $40, so I wasn't going to pay too much for a used one. Anyhow, I contacted the guy, and he got back to me, letting me know it was a Hollywood model with nothing wrong. I looked it up and matched it to their F1B original model. Hoping that it was newer than the AN original 1970s version, I took a chance because he said it seemed pretty new. In the end, it was the model selling on Amazon for $75 and in the more photogenic image in this article. The seller said he was selling it for someone else, and I didn't get the impression he cared much what the selling price might be, but with a little information, he would have easily gotten $30.

Of course, I could sell it myself, but I really like it, and it holds three of our bikes on the back of the SAAB, with a fourth working on the front with the old (actual 1970s) bike rack I inherited from my parents. The best news is that I can haul the whole family over to the Hank Aaron trail using a sporty sedan rather than shoving all the bikes in an SUV or minivan.

Well, at least I think the front-mounted bike rack for Helena's bike should be mostly legal to drive a mile or two. I'll take some photos when I get the bikes all mounted up. Maybe I'll add a 5th bike just to see if I can.