If I was a Client Looking for my Service, What Would I Want? 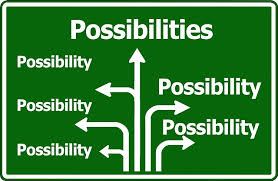 My biggest issue running my own business out of my own house is getting found. I have a good website, and actually a pretty good web of websites, but I'm still not getting new clients beating down my doors. In fact, several weeks after my "launch" and beyond the usual friends and family I've been counting on before that time, I mostly have zero new customers. Sure, I've had a few added contacts, mostly set up by friends and family, but nothing concrete. Then, this morning I saw someone's annoying SEO ad on my screen, and I start to wonder what the clients are really looking for, especially if they don't really know what they're looking for.

If I'm looking for a web designer, the company must have the ability to create responsive design. One website to maintain, but usable with any device. This is probably the reason I'm even looking for a new design, and I know that half of new devices sold are handheld. It's just that simple: I need a website that can look good thin or wide, squeezed or stretched, Mac or PC, phone or tablet, and even that big 72" living room TV.

As a web designer, I have this one covered. I believe it is also probably the number 1 search term bought by my competitors.

SEO is a good one to mention because I don't quite get it myself. It's the magical work SEO wizards do in order to make a website seem more relevant than it is. While I am not up on the latest SEO craze, what I do know is that Google is technically against your SEO warrior because Google wants to base its rankings on factors that are not artificially generated by some guy you hired. However, I'd rather hire one SEO guy than a marketing team, if it still works. But a good SEO guy is a good salesman, and he'll tell you it's going to work, you betcha.

I tell my clients that content is key, and that a website that exists for a while and has good content will generally start to get more traffic. That idea is probably fine if you have a niche others might find, but I can see the temptation to boost your rankings out of the box. Honestly, if a client asks for more traffic than is warranted based on the updating and writing, I'd probably have to suggest seeking out an SEO guru. Of course, this is why clowns whose only job it is to manipulate search engines make a lot of money and can act as if they are important. Then again, there are a lot of clowns out there pretending their jobs are important.

My sister, who's taking a get-rich-quick course, wants me to build her an "opt-in page," which means she wants a page that collects names and emails so she can market to the people she drives to the site. We're not talking about scouring the web for email addresses here, and this is a good marketing technique, assuming you can get the people to show up and sign up. A year ago, newsletters were not on my radar as a business owner, but I have seen the power in what they can do, so I am a newsletter convert, especially if you can get a list of people who really want your marketing sent their way.

The opt-in systems I've built have come in several flavors: simple name and email to complicated user profiles. A good percentage of the people who sign up do it for one free item and then cancel their op-in after the welcome email, but a lot of people do not cancel. Those people have agreed to allow constant solicitation, and that's a lot better odds than buying an illegal email list from some Russian guy online.

WAYS TO MAKE MONEY ON THE SITE

Everyone's dream is to have a website that is automated and generates residual income. I want a subscription or shopping cart site that mostly takes care of itself. Maybe I can hire an intern to keep an eye on the inflows. Probably the best money-for-nothing scenario is selling electronic media, tax-free, via subscriptions or shopping carts. I've seen this work, and it's amazing. If you want to get rich just for having knowledge, you need to have a subscription-based site. While I've known this for some time, it's a little harder to actually imagine the content that would force people to pay since so much is free. If you sell items, a shopping cart is needed. It can be linked to Paypal or Ebay or Amazon, but it can also be all your own. If I was running a store, I would make sure I have a web designer who can at least figure this one out in some way.

My prediction for the evolution of the internet is that it will have to eventually go to a system of subscriptions, or else we will have no one of significance creating any content, and the whole system will pretty much become irrelevant. I can write several articles a day--good ones--and only make a dollar on them from advertising. Sure, some hack is making $10 for the same writing, while another might make $100, but even $100 a day for six hours of writing isn't all that good. Every legitimate source of information wants to be subscription-based. Right now, the problem is that poorly-written excuses take over writing the free content if no one pays for the real news. But there's just so much content and not enough advertising money to keep it all going. I guess if all the bloggers get paid by political parties, then we'll continue to see "news," but there's still going to be a market for something better or different. People will again pay for content that goes beyond Wiki Answers, especially in realms of personal finance, self-help, education, and other places people tend to spend money already. As a designer, I just learned how to implement a simple shopping cart, and this makes me very valuable. Of course, I still need to convince others of this, but it's absolutely true.

If I was looking for my own service, I'd want it within weeks, maybe a month or two. I've heard of a year or more to develop a site. Imagine buying a brand new car and waiting a year for delivery. All the other new cars are new, on the road, getting attention. Your car is being hand-built in Italy, which is awesome, but a Korean company copied the design exactly, and your neighbor's ready to trade his in by the time you take delivery. It a lot like that.

If you're OK with wait times and teams of people discussing your project in between ping pong sessions, by all means hire a "professional" design studio. They will absolutely make you feel as if your project deserves the full attention of their team for a long time, and that's because they have a team, and likely every person on that team makes more money than you. Actually, not you if you're reading this and starting to have a realization. I mean you, the person who is reading this and still planning on hiring the team.

I'd be looking for a host that doesn't charge way too much a month but still actually updates something. I know I can't expect someone to spend hours a day looking over my site, but at least kick the tires once in a while. I know there are these "free" website services that allow you some limited website building capabilities and then charge for all the slick add-ons or at least make a killing on hosting your static that never needs maintenance because it doesn't do anything without all the slick add-ons. I don't hate those companies, and if I didn't know how to do it myself and didn't know that finding a good freelancer makes more sense, I'd probably end up with them, too.

With my own web hosting, I try to login to each site I run once in a while, and I have them scheduled for backups and updates. Big upgrades ARE a hassle, and a customer needs to plan ahead for those events. Or you stay with a company that gets a lot of people signed up and then never really updates anything. My school district bought a site that was probably nearly a decade old when purchased, and the tech folks never updated one thing in the four year run. Why? Well, they were getting around $10,000 a year from people who didn't know any better, so they took it.

I think a basic website can fly, which might seem weird coming from a web designer. If I was shopping for an author site to house my content, I'd be pretty happy with a basic page with a lot of white space and pretty photos. Something that brings the attention to the writing. I can see the value in some of the other stuff I do as a designer, and I have fun creating interesting details, but it's not necessary for everyone. However, what if that's my goal? Like our church, which is taking on the daunting challenge of self-designing a website. They will build a Wordpress site that will be lucky to look like every other Wordpress site. It won't be bad, but if the goal is to lure new members from another church it will fail masterfully. Why? Think of Wordpress and a basic theme as a barn in the country. You can paint it, add a weather vane, add a smiley face, add some insulation, etc. But it's still a barn in the country and everyone can see that. A web designer takes that barn (Wordpress, Joomla, Drupal or whatever) and turns it into a spacecraft. One that actually flies.

As a designer, I don't have to work on spaceships. I can work on barns just the same. And sometimes, it makes sense to have the prettiest barn in the neighborhood rather than something that calls too much attention to itself. But the option is nice. A web designer, like me, gives you all the options. If you're ready to try to figure out your online presence, find out more at Passive Ninja.