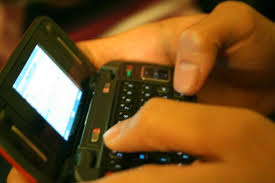 I went through another list of potential friends tonight on both Facebook and Linkedin, and I suppose I hope some of them also decide to follow me on Linkedin business or Twitter or whatever, but the point is this: after losing my job as a teacher and wanting to become a writer and web consultant, I am trying to get paid for what you basically already do (in addition to your own job), and most of you have been doing it for years.

I'm not being totally fair. You do a lot for your money, and I'd be ALSO designing websites, but it's the self-promotion thing I'm talking about. I can tell by both friend lists and numbers (and times) of posts that a lot of you spend time at work using social media. I'm not saying it's wrong, just that I never did it. I worked, created content for students, and got paid. You are impressive multitaskers.

Let me provide you with an example that is not you so that you don't think I'm judging. Fancy Mom. She's a fancy, blonde, Land Rover-driving mom who drives past as I wait for the kids' bus every day. That's been about 100 days so far. We've seen her most of those days. Let's say 80 days. She's Fancy Mom because she drives a Land Rover, has long, blonde hair, often sports a fancy knit cap, and is almost ALWAYS on her smart phone.

When I sing "I'm so Fancy," the kids dance, but she sees nothing. She's texting or talking on her smart phone. She drops her kids off at the local fancy Montessori school and immediately jumps on the phone. Maybe she's getting paid. Maybe she's getting some social time in before going to work. Point is, once the kids are gone, boom, she's checking your fb posts.

And you like her. She's pretty, blonde, and fancy. So if she responds to your post, either at 8am when I see her or at 10am when she's doing aerobics with her personal trainer named Jean-Pierrre, you want to comment on her comment or respond to her crackin video post. I get it, but I didn't before, back when I was working what I thought was a real job. A real job that I neglected to use in order friend request the hundreds of students who (I think) actually liked me because I was so busy trying to do things the proper way. Irony. Whatever.

STOP! I don't want you to feel guilty about liking Fancy Mom's posts. I don't want you to stop using Facebook at work. Not even Linkedin, especially since that one's more humorous to use at work. I want you to use them more. I want you to Like my posts after ACTUALLY reading them. In fact, Like this article right now if you've read this far, even if you don't really like it, just to prove you read it. Pretend I'm Fancy Mom and you want to prove you deserve my friendship. That's kind of what this ruse is all about, anyhow. She's the girl who wouldn't talk to you in high school, but now you can like her re-post of some re-hashed content, like her, and pretend that means she likes you back.

I want you to share what I write with all your friends, even those who teach gym and only share videos of people falling down. I want you to waste all kinds of time at work, but I want you to waste it reading my philosophy, since it's better than most of the crap you've generally "read" on social media. It's not a video of some special moment, staged and edited for all to tear up at, and it's not a political agenda written by $100,000 a year chimps trying to channel Charleton Heston.

I don't care if you never make it big. That's not your goal if you're currently at work reading this article or watching a video of someone getting doused with water. Or if you ever have. I DO want MYSELF to make it big, and the only way an honest person can do that today is for a bunch of other people, who hate work, to share that person's writing or stupid videos with the world. It doesn't have to be that good. Take Twilight, The Hunger Games, or the song "Friday" as examples. Pretend I'm a freakin Korean rapper if that helps. Just send, share, Like, retweet, or whatever the stuff I write. Make a video response of yourself in a bikini reading this article and share it that way. Even Cousin Jason.

While I spent years avoiding Facebook and social media, thinking it was somehow beneath a writer of my caliber, I now realize that my caliber IS that of whatever is popular, if I want to be popular. If I want throngs of people to read me after I die, then I can go on admonishing those who enjoy videos of stupid f'n kittens, but that won't get this article 100 Likes and 10,000 views. I can sulk away in my parents' house like Emily Dickinson, but, just like her, I will not find fame unless I figure out a way to defeat a repackaging of a Rick Astley video. Rick Astley, for Chrissake! Technically, I guess she never really did find fame, as she was mostly just seen as a weirdo in her lifetime. Hey, that's fine with me, too. I can be that weirdo who was your English teacher or who doesn't like to talk to people he doesn't know. Like me like I'm Fancy Mom or That Weirdo. I don't care.

Sure, I can say that a lot that I see posted isn't funny; it's sad. Then so be it. I will post sad crap if I can get you to read it and send it (while at work) to all of your cousins you hardly know, especially if one of those cousins is Seth Rogen or Steven Spielberg, who could take my sad crap, a few friends, and make into big screen sad crap. With aliens.

Anyhow, like Vanilla Ice said, "Yo Man, let's get outta here." And he meant it.