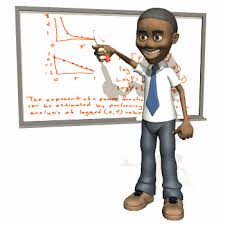 If you're a teacher, you'll understand this post better than others. If you're not a teacher (and I'm not anymore), you'll cringe at the general inefficiency of the profession. I am hoping that inefficiency can bring in a few extra dollars, but let me explain HOW I plan on selling my life work.

First off, I DO have a lot to sell. An average of three different classes each year taught. 180 days of teaching. While some classes only lasted 90 days, most were double that. Those of you who get nervous giving one speech a year at work or even give one presentation a week, feel free to crunch some numbers.

Not everything is perfect. The reality is that teachers will reuse what they can when they can. It make A LOT of sense, given the way schools work. Therefore, I taught Merchant of Venice to 10th graders for ten years, and then once to 9th graders. Part of the reason I did this is because of the inefficiencies I mentioned earlier. If I was going to teach Romeo and Juliet for the ONE year I was teaching English 9, I would have had to have created ALL new material. I had about 10 original assignments and quizzes for Merchant already, so creating all new stuff was out of the question, but other teachers tend to protect their best material, so you end up with their throw-aways. On top of that, everyone's teaching style is so different that their materials make almost no sense without explanation.

Anyhow, you've got thousands of English teachers in our state, probably tens of thousands in the country, all creating very similar lessons. Common Core or ACT or College and Career Readiness or whatever else dictate that our assignments are even more similar than when I began teaching, yet there we are, creating hundreds of new lessons each year.

My school district made an effort for a year and a half to get teachers to collaborate. We did, to some extent. Five English 9 teachers. Then one left for another district, one for another school, and two of us got laid off, and by the time I left, three more E9 teachers were REVISING the curriculum that had been painstakingly revised two years earlier. Yes, folks, they were getting paid overtime to do what had just been done, and it takes place all the time. Either that or they don't get paid at all and still revise the curriculum. I know we can't say the R word anymore, but if we could, we'd say it's pretty retarded. Last decade. Wasteful. All that.

This article is not just meant to criticize, though. Those teachers are simply misguided, partially by inept administration, but also by all the demands of the job. I believe in my heart that those teachers DO want to have real lives and be efficient, but they don't know how, partially because standards keep changing, but also because staff keeps changing. However, as we hire more and more young teachers who don't want to spend their entire careers revising what their predecessors already revised, I think there is a legitimate market for my years of hard work.

What most districts do is hire a curriculum person, maybe a dozen, and then have them act as slave drivers to get the teachers to recreate lessons after they must first revise standards (that had just been revised). I did this process a few times in 12 years of teaching. It gives curriculum directors something to direct. After a few years, and without admitting it, the material that was worked on so diligently is not scrapped for a new idea.

What if the whole thing was for sale? What if we skipped all the curriculum people and just told teachers to use the best lessons available? What if some teachers wanted to sell their hard work so that other teachers could avoid all the backwards ways of lesson creation that they've been forced to accept?

I suggested it, back when we were revising last time. I figured someone had to have something for sale. The funniest part is that we DID find a few items, and we bought some teacher versions, but we saw them as not good enough, so then every teacher became responsible for creating it better than the textbook and the materials we'd bought from some other school district (a school district that had set records for ACT score improvement using THE EXACT material we were using). Frustrating.

But it's not like we're stuck in a cave here. I DID create some awesome material when I was told no one else was going to do it for me. I also had some pretty good assignments before that time. I'd always posted them for free, thinking I was part of the system and that other teachers supported me as much as the other way around. However, now that I've seen the light, I realize that all those curriculum people and consultants and authors are all making a lot more money than I ever made. I wonder how much they care about teacher work loads. I wonder if they care they're stealing other teachers' ideas and repackaging in order to make more than the teachers ever will. But I also wonder why I WOULDN'T do the same thing.

Therefore, I have begun the process of posting every lesson and quiz I've ever created on sites that have the purpose of making me money AND helping fellow teachers to avoid the scammers. Sure, the people who run TeachersPayTeachers are super wealthy, but they also provide a mostly honest service. Therefore, a lot of my lessons and quizzes will be available there. The best part for you (the educator) is that it's not JUST my stuff there, so you can choose. I'll have some ACT-like reading quizzes, but some other martyr created some Common Core grammar quizzes. Buy what you need and tell the curriculum gurus to stick it.

If you want to join an educational community, there's always my new idea: Educabana. All of my own English Language Arts lessons and quizzes are on that site, too, but it's also a way to find students to tutor, other teachers' lessons for free, write on a teacher forum, sell old books to other educators, and learn how to do something new yourself. An entire learning community. No scamming. No smoke and mirrors. No consultants. Just you and your skills on a site that PROMOTES sharing for free AND for a fee.

Sites like Teachers Pay Teachers and Educabana will eventually make education more efficient, but it takes teachers to make the change. Your curriculum clowns don't want you taking control of your own classroom in this way because it exposes their uselessness. I'll give you one last example: I was using a free online quiz tool (Quizstar), but the technology guy in my district wanted to use a clunky quiz program that costs thousands of dollars a year. He asked me to help, so I suggested what I would need it to do in order to match Quizstar. The program could not accomplish what I wanted, and it did not appear the company who made it wanted to make any suggested changes. Talk about a waste of resources and talent! Don't waste your talent, time, or resources. Buy what you need and sell when you can.