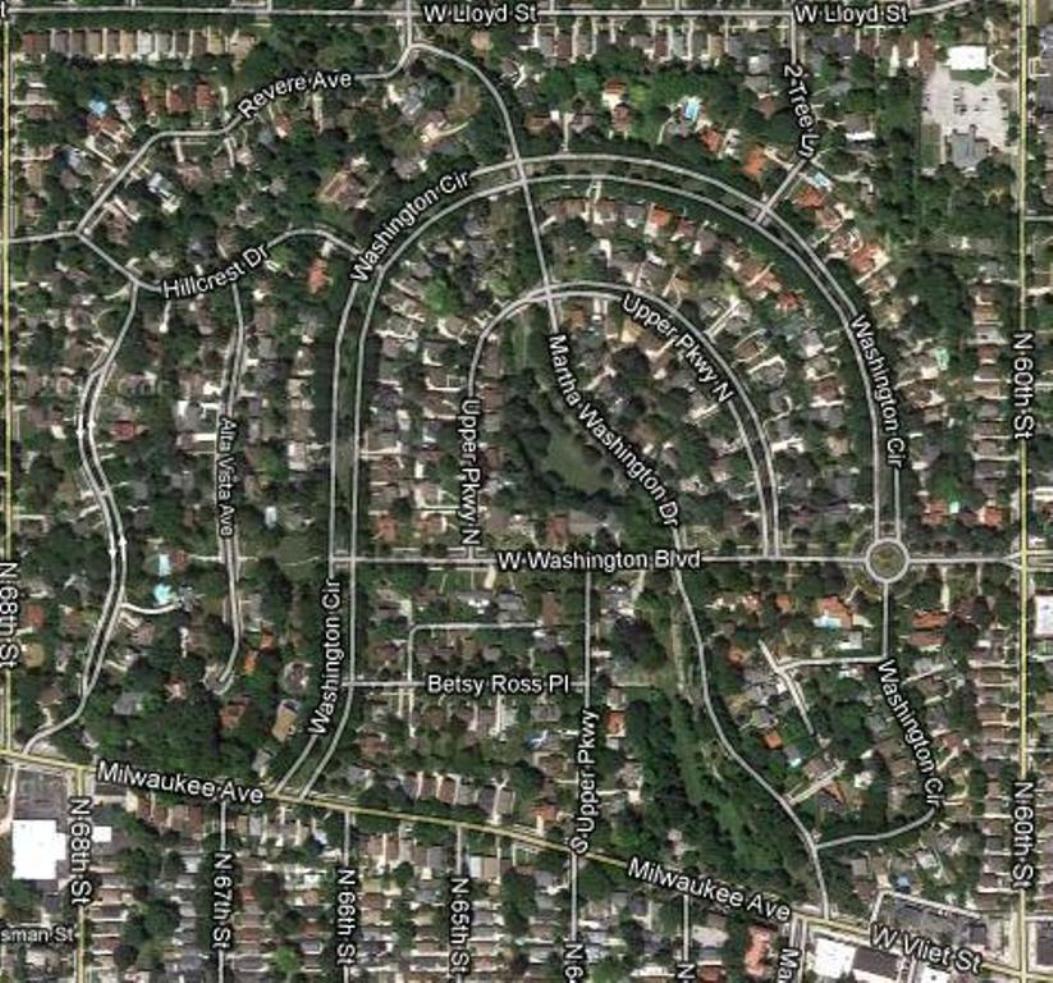 I wanted to know if my mom's assertion that the Washington Highlands, designed by a German architect around World War I

, was created to resemble a German or Prussian helmet. I even read that the original name for the subdivision was to be Kaiser Wilhelm Platz, which seems almost treasonable today.

I found a few websites at least mentioning the helmet theory, but nothing was too certain. I did find a Milwaukee Journal archive that mentions the legend. My mom told me that people she knew who lived in the Highlands believed the legend. The architect was Werner Hegemann.

Basically, I'd say this: A German beer baron farm sub-divided by a German planner during WWI with a collection of roads that resemble a German helmet = it's probably a German helmet.