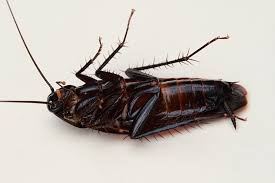 It’s kind of ironic for me that recent research about cockroaches comes from Belgium, since my only real run-in with cockroaches came at the Hotel de Paris in Brussels. Right around the time my friend and I were ready to go to bed for the night, I went to the bathroom, and, turning on the light, saw several new friends running for the corners. I found no point in trying to track down the pests in this roach motel, and I also didn’t see the point of ever telling my friend, since it might have resulted in him not being able to sleep or wanting to leave for another hotel at 10pm. I just zipped up my bags and went to bed.

So the research in Belgium has to do with how cockroaches seek shelter when exposed to light, like what happened in my hotel room. The experiment by Isaac Planas-Sitja demonstrated that some cockroaches run away when exposed to light and some stick around and explore, and it even proved that some of these cockroaches have more influence over the others. All pointless, I think as I read the article. I mean, sure, it shows that some of them are more shy than others, and it’s minutely interesting that the same bugs maintain the same traits over and over.

The point is that this research is not intended to find a way to rid us of cockroaches, and that makes it less relevant to me than research that does teach us how to destroy the bugs. However, it is interesting to note that the survival of the insects might be linked to their diverse reactions to the same stimuli: some stick around to explore (and sometimes get killed) while others cower away and survive (or miss out on food opportunities). The lesson I learned is that next time I’m in a suspected roach motel, I should use my shoe to beat the hell out of the wall AND THEN turn the lights on to see if there are any bugs left to chase. Or I’ll just ignore it and pretend I saw nothing, since my current travel companion (my wife) would probably have us on the train out of Brussels within the hour.