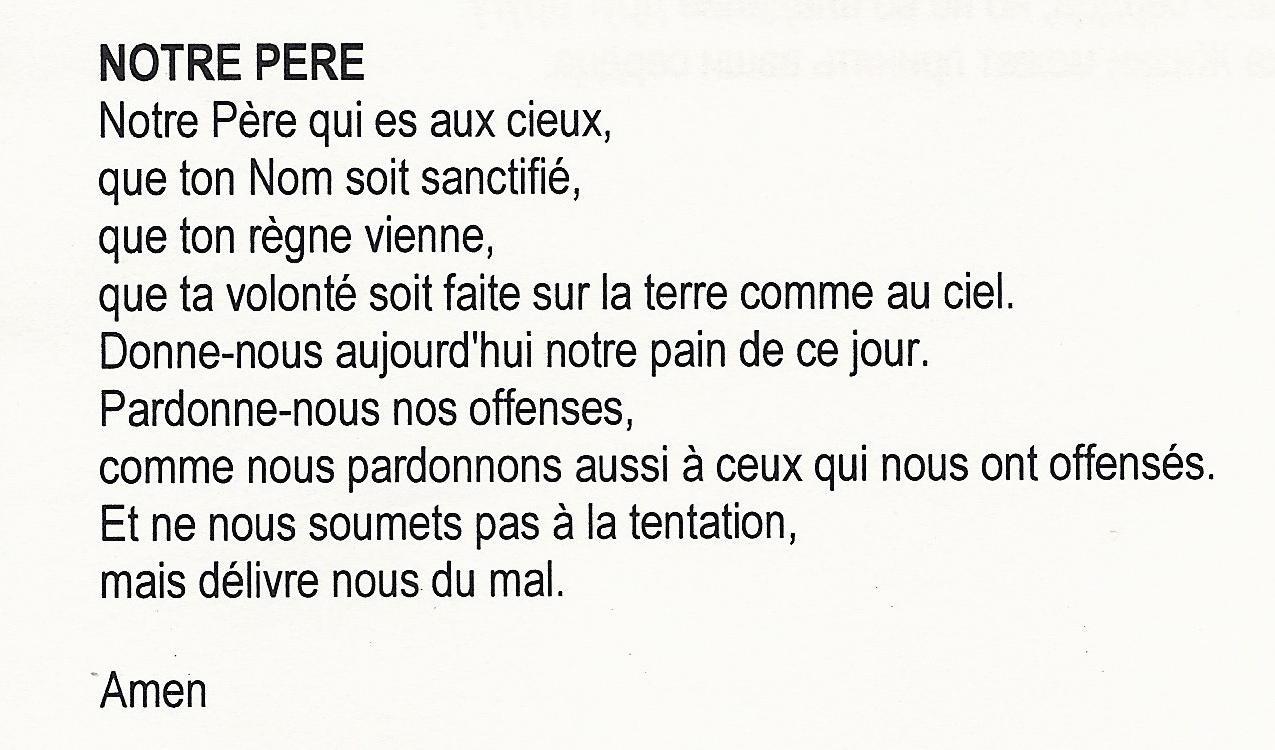 Some versions of the famous prayer. I used this as an introduction to a Bible Study lesson without revealing the actual prayer, seeing if anyone could guess what it was. Languages are Chinese, Greek, Arabic, Aramaic, Hindi, Latin, French, Old English, and Middle English. At least I believe those last two are Old English (basically Old German) and Middle English (mix of German and French). It's fun to try to read Middle English, so give that last one a try--just say the U as a V. 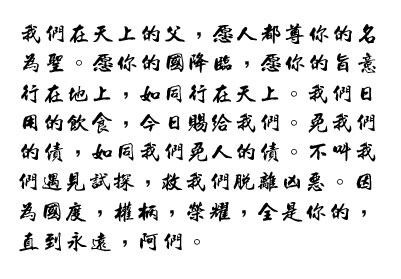 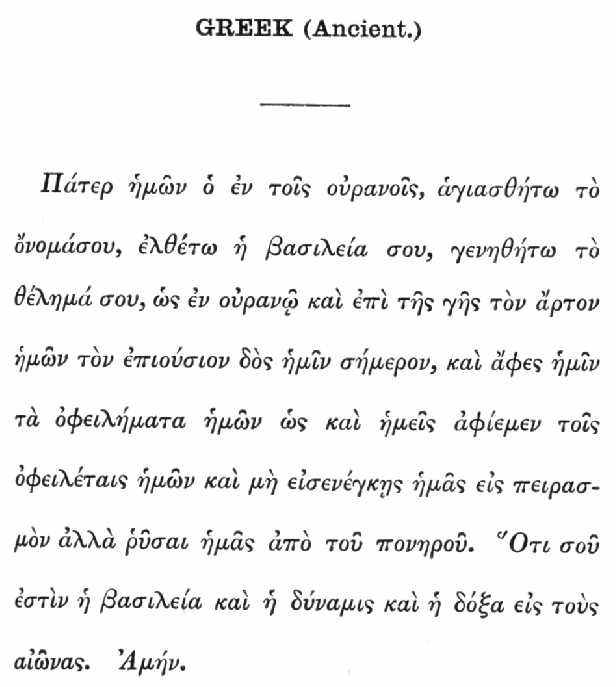 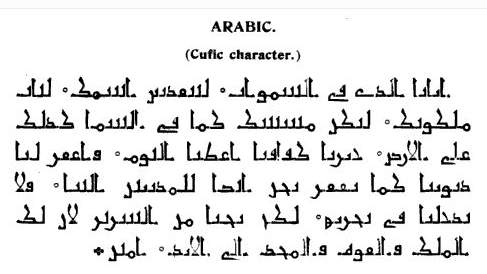 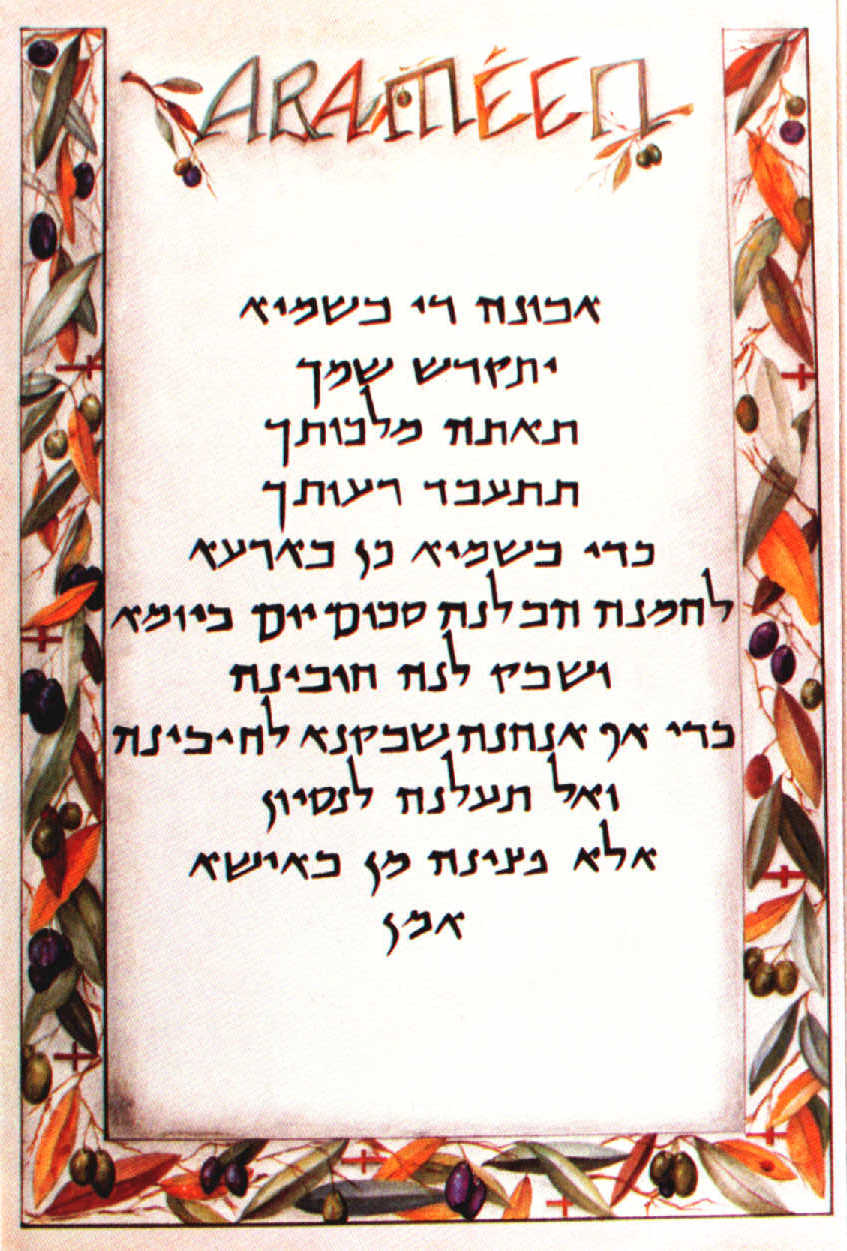 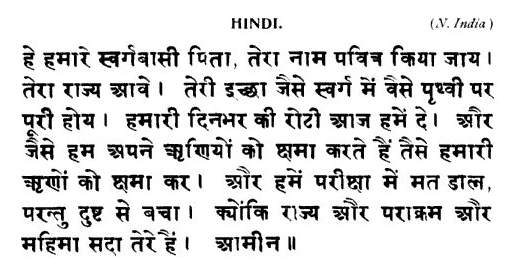 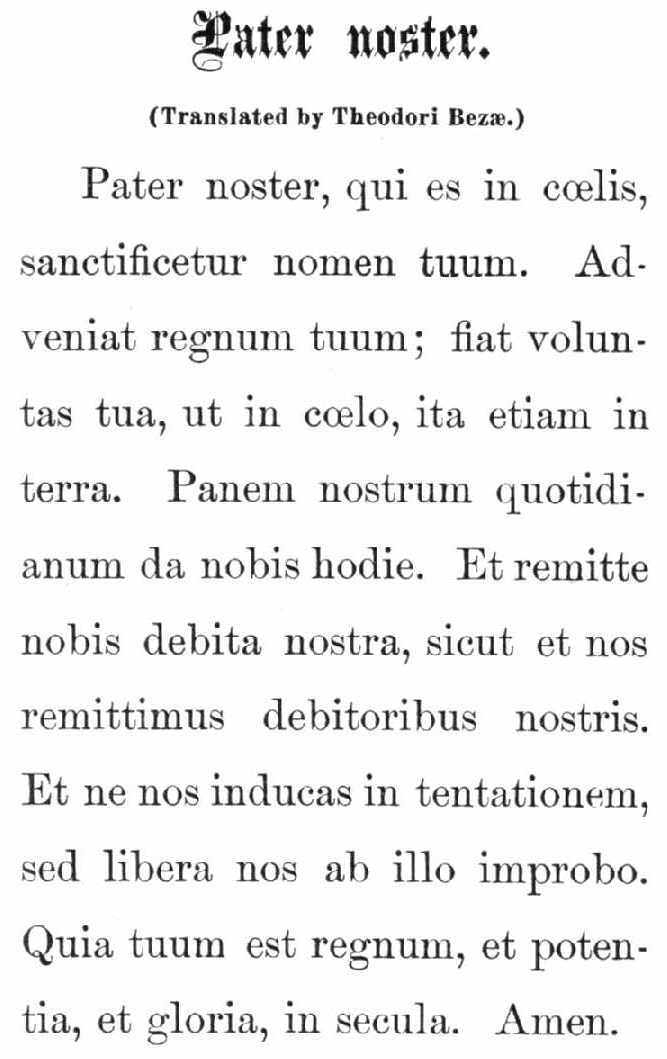 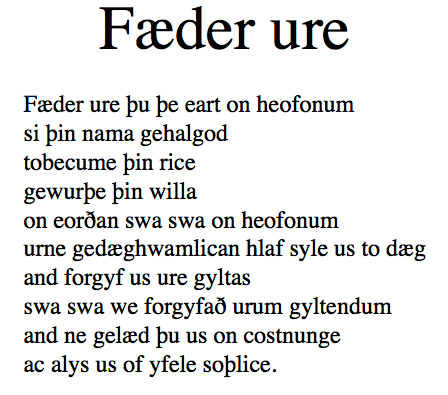 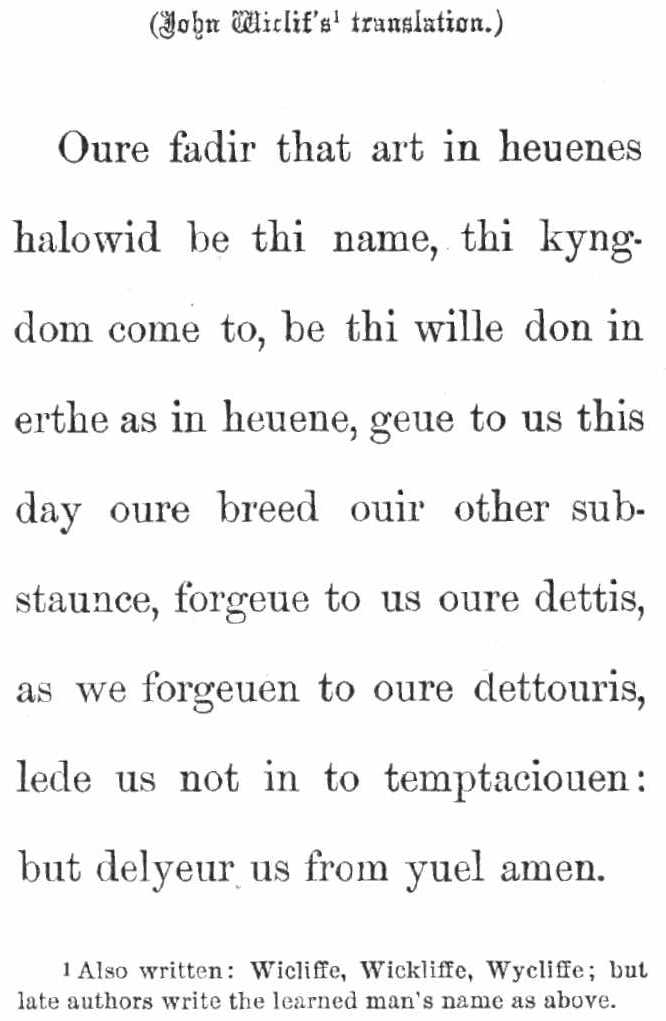