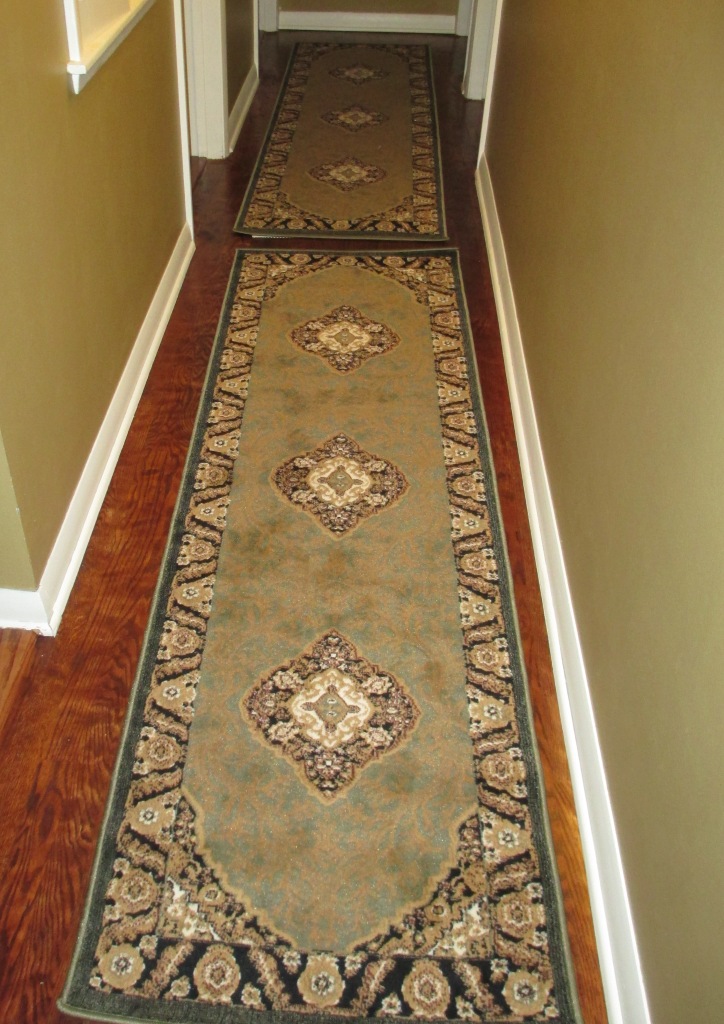 We have a 1950s ranch with a long hallway. The rug set we bought had a runner that filled about half the length of the hall. When we bought a second runner, we could never keep the two straight. Looks like I have another project to do. I looked at the MCG Textiles 37413 Latch Hook Supplies 16 Ounce Iron On Rug Binding, 4 yards

, but I didn't want to spend any money and I imagined myself messing something up with hot glue on our nice new rugs. But that might be an easy solution for you, anyhow.

Time needed: About an hour

Measuring: Line up rugs and keep making sure they're lined up

I didn't read these directions anywhere, but it seemed to work, so go ahead and use this method if you want. My rugs had a threaded border, which makes this method viable. I think I'd turn the rugs over if I had to do this on a cheaper kind of rug.

Pull the rugs together, making sure they line up nicely. The corners of my rugs are slightly shorter than the middle, but I got them mostly lined up.

Now pull both rugs up in the air. I did this because I didn't want the thread to show, even if it was a very similar color.

Use a lot of thread. I had some left over and was able to tighten things up a the end. The problem with several feet of thread is that it's hard to manage. I got frustrated a few times with it snarling.

Start your thread through on one side. I went to town more on the corners to try to pull them together, then I kept it loose through the middle. This might be the right way or I might be a moron.

Make sure you keep the thread in the threaded part of the rug. When you let both sides down, your thread will be pulled underneath and be invisible. Again, you could probably turn the rugs over to do this, but that a hassle, and it worked fine for me this way.

I used the extra thread to fill in the corners. Since it's the same color, it doesn't matter too much if it shows a little there. You just don't want the rugs bunching up in the middle.

The rugs stay together now, though they both still move a little because of the length and because Helena loves to run down the hallway and make quick turns. Anyhow, it was practically free and mostly does what it's supposed to do.

UPDATE: After a few days, it's clear we need a better Homelegend RGD28 Deluxe 2-Foot by 8-Foot Area Rug Gripper

under the rug. I bought a cheap one at HOBO and I think it's more of a pad than a gripper, even though it claimed to be able to grip... so, even with the ends sewn together, the rugs still end up going in opposite directions, like my hair when I take a nap after work. 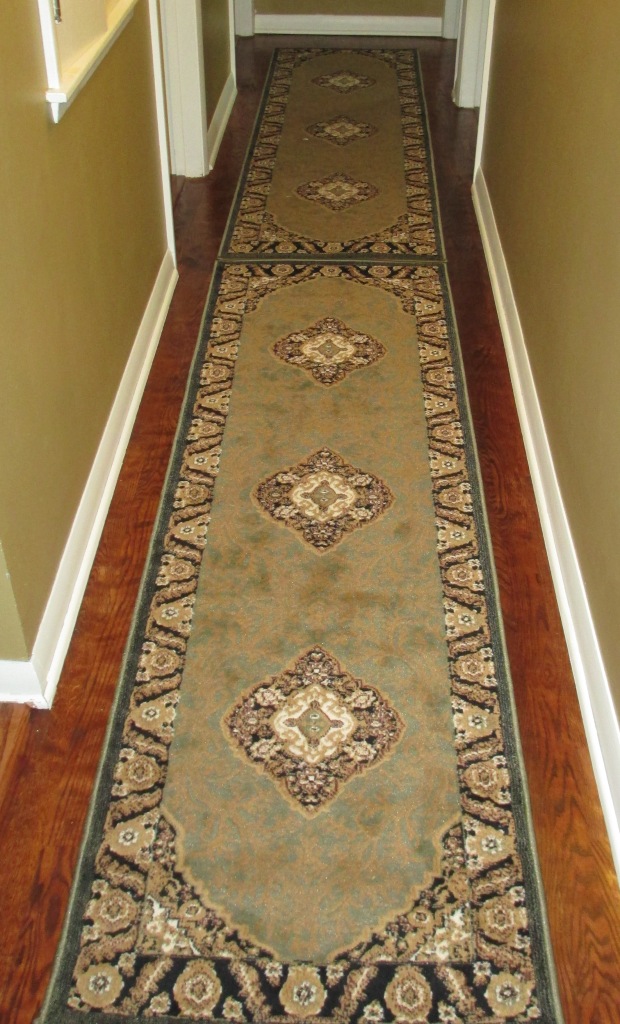