“Life is short…” began the birthday card sent to me by Grandma Jaeger this year. Initially, I thought the card was a bit ironic because we had just celebrated her 90th birthday, but I guess she should know what she’s talking about. Therefore, I have decided to write a fairly short letter telling you about our year so that you don’t use up too much of your time reading one of my rants. 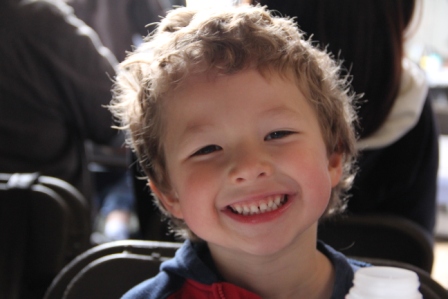 The kids are both in school all day now, which has been a positive transition for the most part. James started 4K and Helena is in first grade at the Milwaukee German Immersion School. They are both doing very well in their respective classes. More importantly to them, they both get to eat mock chicken leg once a month for hot lunch. One issue we’ve had is that James does not like waking up in the morning. He’s gotten pretty good at sleeping through his radio alarm, so we’ve had to change it to a buzzer. If you think about it, though, he has slept over two years of his young life away already, so a little less in the morning shouldn’t be such a big deal. Once James is awake, he does enjoy physical activity, especially while playing X-Box. We have only bought games that make the kids move around, so instead of just staring at a screen, James is jumping around while staring at a screen. Helena has gotten used to doing her homework before playtime at night, and she’s generally more interested in showing us her daily school accomplishments than jumping around and staring at a screen. 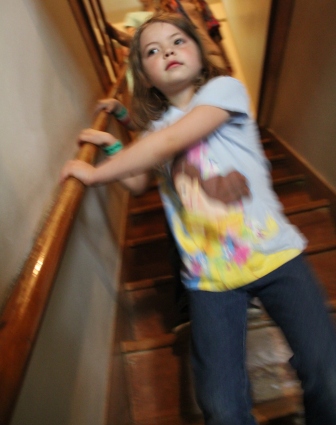 With Lisa’s instruction, James and Helena have taken up playing the piano. Technically, so far they’ve taken up the Casio keyboard, but Lisa’s parents have decided to give us their piano, which is both wonderful and frightening. On the plus side, they will have the real thing to learn on, complete with all eight octaves and pedals. However, we will have a keyboard blasting in the basement and a piano reverberating throughout the main level whenever they practice. If they get good enough, maybe we’ll move to Branson and become one of those family singers musical groups with Lisa on lead vocals and me on cow bell.

When the weather is nice, Lisa kicks the kids outside. They enjoy riding their bikes in tight circles on the driveway (Helena is free of training wheels now) and figuring out ways to build forts out of random items from the garage. Of course, they don’t really need to build any forts of their own because I spent two weeks this summer acquiring and assembling the biggest backyard playset known to mankind: two slides, two towers, monkey bars, three swings, two rock walls, and two trapeze bars. I had originally intended to just build my own monkey bars between a couple of trees, but Lisa suggested I check Craigslist, and I found this behemoth playset for about what I would have spent on materials. The only problem was that I had to disassemble it from the seller’s yard and then reassemble it in our yard. I can give you some advice just in case you decide to undertake a similar endeavor. First off, hire someone else, like one of those guys holding a “will work for food” sign. Give him several meals. If you want to tackle it yourself, plan for a week of full-time labor, and don’t show up to disassemble the unit with your screwdriver as you will need a power drill. Lastly, the main tower, if left partially-assembled, is very heavy, and you should not try to lift it onto your truck by yourself or hoist it up into its new location using a long 2x4. You don’t have to ask why I know all this. I also replaced a starter on my Bertone X 1/9, but that was relatively easy compared to building a house in the backyard. 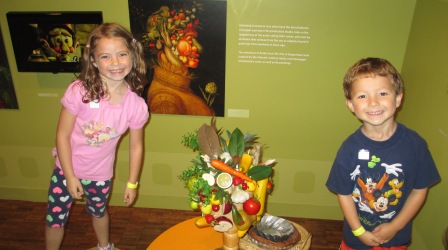 Helena and James both took swim lessons, acting class, and tennis over the summer. Helena also grooved to hip hop dance. Helena was too short to stand up in the pool, but she could swim across it. James didn’t like putting the swim cap on, but he was driven by trying to be as accomplished as his sister. Both of them were very accomplished when it came to the acting class. It was mostly a song-and-dance class, but they were fine with that, and James was able to show off his dance skills (which he must get from me) once again.  While James does keep up with Helena in many respects, even surpassing her (right now) in reading in English, we have decided only Helena will be allowed pierced ears. After doing more research than should be necessary on age and materials to use, Helena went in for her plastic earrings this December at a Waukesha pediatrician’s office and is now proudly displays pink crystal daisies with medical-grade plastic posts.

As part of our commitment to the kids’ school, we hosted our second intern in the spring. Davina was with us for half of the semester. The kids really enjoyed the time with both interns. Davina is a talented singer who liked to sing with the kids and also sang in church with Lisa a few times. While Helena was excited to get her room back, she’s already asking when we’re going to host another intern.

Lisa spent a good portion of this year enrolled in an online colloquy program so she can now be a called worker in the church. While some of us old-school folks might think that online courses are for dunces and ne’er-do-wells, Lisa had to do so much work in order to prove that she’s a learned LCMS Lutheran that I wonder if there’s anything she doesn’t know about religion right now. An added benefit is that if our church does decide to call her, she will receive yet another job title. I’ve been a boring old English teacher for ten years now, while she’s gotten a new title nearly every year she’s worked at Immanuel. We’ll find out shortly whether Immanuel will vote to extend a call to her. 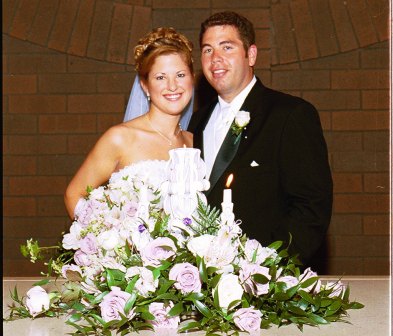 Speaking of ten years, that’s how long Lisa and I have been married. I have a slightly bad memory at times, but I can remember parts of the day like it was yesterday. Lisa is still beautiful, intelligent, and talented, so I am reminded of my love for her every day. Our kids are joys to us and most people (who are not annoyed by little kids), and that also reminds me of how wonderful those ten years have been. Lisa’s car was totaled by a truck this fall (and she’s still doing physical therapy) and that made us both pause to think of the possibility of losing one another, but living our lives should not be an exercise in worrying about what might come. Instead, we want to be content with what we now have, which is a lot. Maybe life is short, but I like to think of it like this: our lives are like cups that are filled up as we live, and while some of those cups are much smaller than others, all of them are full when our time here ends. Sure, it might be dime-store philosophy, but it works for me. Anyhow Lisa will probably be disappointed I didn’t end with some sort of quote from Martin Luther that might force you to spend hours researching your beliefs, but it’s so that you can go and give someone a hug. Life is short and people like hugs.