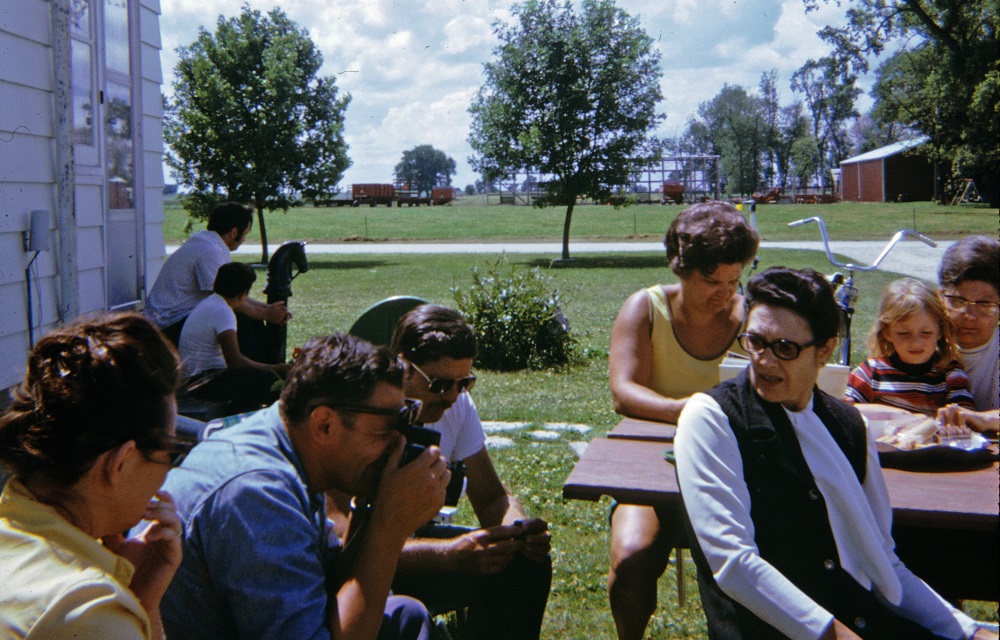 In a year that brought several reports of deaths on my side of the family, I was tempted to start this letter with a quote from Shelley’s “Ozymandias” poem in order to remind friends and family of the fleeting nature of our time here. But when I looked up the pharaoh from the poem (Ramses II), I realized that Shelley’s assertion of our existences being boundless and bare was a dramatic overstatement of mortality. (The pharaoh, still famous today, fathered more than 100 kids, so one of his offspring could be reading this letter right now.) We remember those we have lost, and they live on with those of us who have lost them, which is more important than the relics that time can wither. Perhaps no one will know me 3,000 years from now, but I am glad to be known to friends and family, and I am glad I knew those we lost and still hold dear.
Another meaningful experience this year was when Lisa read some of my earliest letters to the kids for the first time, and hearing her laugh out loud reminded me that laughter is very important to those of us who remain in this world. The kids wondered what was wrong with her, since they didn’t understand the humor. Someday, perhaps, when fart jokes and puns lose their appeal. I saw it as a good reminder that in my own writing I should stick to what I do best. Therefore, my goal is to keep this letter lighthearted, even if natural disasters, politics, guns, and loss of family members all tug at my keyboard. 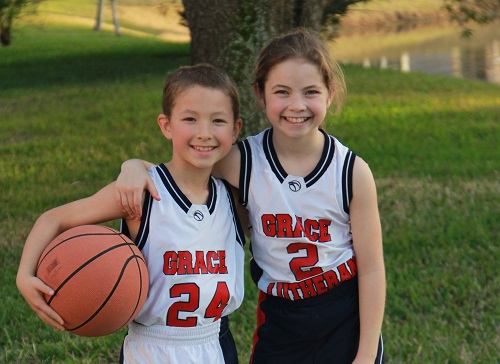 The kids continue to do well in Jacksonville, and they are relieved we didn’t move again this year (my body is also relieved). Helena is now in 6th grade, and James is in 5th, which means middle school. Helena’s already starting to sleep in late whenever she can, complain about having to wear or do things that aren’t cool, talk to friends about nothing on the phone, and put her headphones on to avoid hearing her parents. Like most kids her age, she wants to argue against certain decisions we make, even if there’s no way of winning, and even if her argument has no basis in reality. She could be a lawyer, except lawyers need evidence and a compelling argument. Also, people pay them $100 an hour to annoy others. I don’t want you to think she’s a real problem or anything; it’s just different than it was. Sixth-grade girls are a lot like three-year-old girls, except now you have to commandeer the phone, tablet, and computer instead of the doll and Wiggles DVD. Don’t worry, Helena doesn’t own a REAL phone. It has a Google Voice number that works when she’s on Wi-Fi, so it’s totally free to us, yet she can still pretend it’s real while at home or when we stop at McDonald’s. It’s like what telemarketers from India use to pretend to be from West Bend, WI. 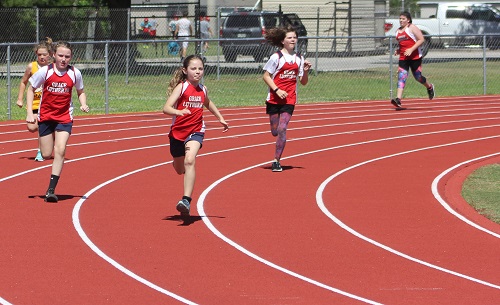 Helena is still playing sports a lot, which means she’s not just sitting around listening to music and watching YouTube videos of tweens applying makeup. She ran track in the spring, played soccer for Grace in the fall, and is currently playing basketball--she’s moved up to the 7/8 team, so she’ll probably learn some tough lessons this year. She’s very competitive, which means way too many wrestling matches with James. More than once, Lisa has heard them upstairs and wondered whether the two would come crashing through the ceiling, and with the generally accepted quality of home construction in Florida, it wouldn’t surprise me if it happened. And, yes, I am serious. 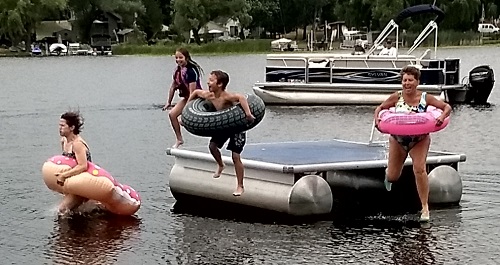 James was oh-so-close to figuring out water skiing this summer at Skip and Julie’s in Wisconsin, while Helena was able to figure it out. These skills were later used at an aquatics camp down here that the kids enjoyed. Since it’s Florida, they had to be sure to avoid algae, gators, and even sharks. Technically, we have yet to see any sharks in the wild, and we’ve only seen one gator and a few snakes between us, but half of those sightings may have been toads or lizards. I’m usually more worried about lightning from the daily thunderstorms, or shirtless carjackers.
The kids were also both 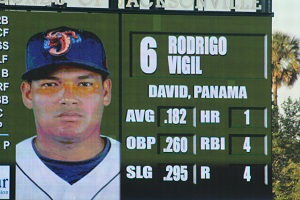 excited because I was forced to buy them nachos at the Jumbo Shrimp (minor league) baseball game. Since I’d told them I’d buy nachos if the team had a player named Nacho, Rodrigo, or Santiago, I had to pony up when Rodrigo Vigil was announced in the lineup. The good news is that we could get a full meal and drinks at a Jumbo Shrimp game for the price of nachos at a Brewers game. We did spend time in Wisconsin, visiting some family and friends while there, but with Lisa working a twelve-month Call, we can’t spend all summer in Wisconsin like true snowbirds. Also, we’re not retired. The kids were so happy to see their grandparents, aunts, uncle, and cousin. We stayed with Chet and Nancy, Julie and Skip, and Rick and Bonnie - thanks for hosting us! 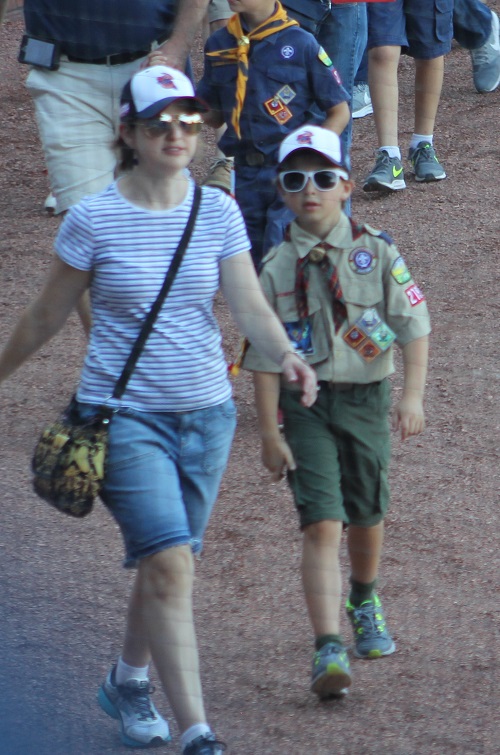 James is working on finishing up Cub Scouts this winter, and we’re proud of him for all he’s accomplished, even if it generally takes many reminders from us for him to work on the projects set forth in his handbook, which he’s misplaced about a dozen times this year alone. He played soccer on the Grace co-ed soccer team with Helena, and he’s now playing basketball. In fact, on 11-19-2018 at approximately 4:40 p.m., James scored his first basket in a game. He wanted me to let you know. I missed it because I was at Helena's game, but Lisa was there and claims to have seen it. Yes, we have a lot of running around to do, and we sometimes get annoyed when James sits on his exercise ball in the dining room, bouncing up and down, watching us cook meals or do the dishes. Actually, he bounces on that goofy ball when he watches movies, too, so I guess it’s not like he’s mocking us or anything. In fact, James, like Helena, is generally very nice to everyone, reserving most of his ire for his only sibling, but that’s because they are very close. We worry every time we hear whispering coming from upstairs, since we know Helena is dragging James into some kind of scheme that will eventually lead to disagreement and more wrestling. One problem with having to run your kids around in Jacksonville is that traffic is pretty bad, which results in frustrated drivers, one of whom hit my Saab with James in the backseat. It was a minor fender-bender, and we are OK. James was all excited to tell Helena, as if it was some red badge of courage to get hit by an irresponsible, distracted college kid while we were stopped at a red light.
Lisa continues to help shape the lives of young people as 8th-grade homeroom teacher at Grace Lutheran, and is now halfway through her second year as a 7/8 Soc. Studies/Lang. Arts teacher. Next year, for the first time, she’ll be able to teach one of her own kids (which will be a joy, I am sure), but she has been lucky to be able to see them nearly every single day at work for the past several years. Teaching is still exhausting work, but I’ll give you the quick recap of some of Lisa’s other activities this year:
In general, our family enjoys our Jacksonville location. All the big box retail stores and restaurants surround interesting pockets of diversity, prosperity, and poverty. It's America, just shirtless.
I am also doing fine. I now have a lifetime teaching license from Wisconsin, which is basically like being a Supreme Court Justice for education, so Look on my Works, ye Mighty, and despair! Oh, and I tore my ACL in the first game of my baseball season, played on it all summer (thinking it was not a torn ACL), and am now trying to avoid surgery by hoping I can rehab it on my own. Good news is there’s a Mayo Clinic in town for when I fail. Bad news is surgeons make more than lawyers. Actually, I had a good enough year (batting over .300 and making several diving plays at 3B) that I am almost considering surgery. Baseball’s one of those activities that keeps my own life from being boundless and bare, like fantasy football or internet trolling for most American men my age.

I may not have 100 kids like Ozymandias or a career writing poetry like Shelley, but my life does have meaning beyond the algorithms that decide which online ads I see. We all do. Most of us, anyway. Honestly,  I’m just so glad you joined me this year, and I hope we’ll do it again next year. Merry Christmas!
Love,
Brian, Lisa, Helena, and James