Will a Spacesuit Float in Water? 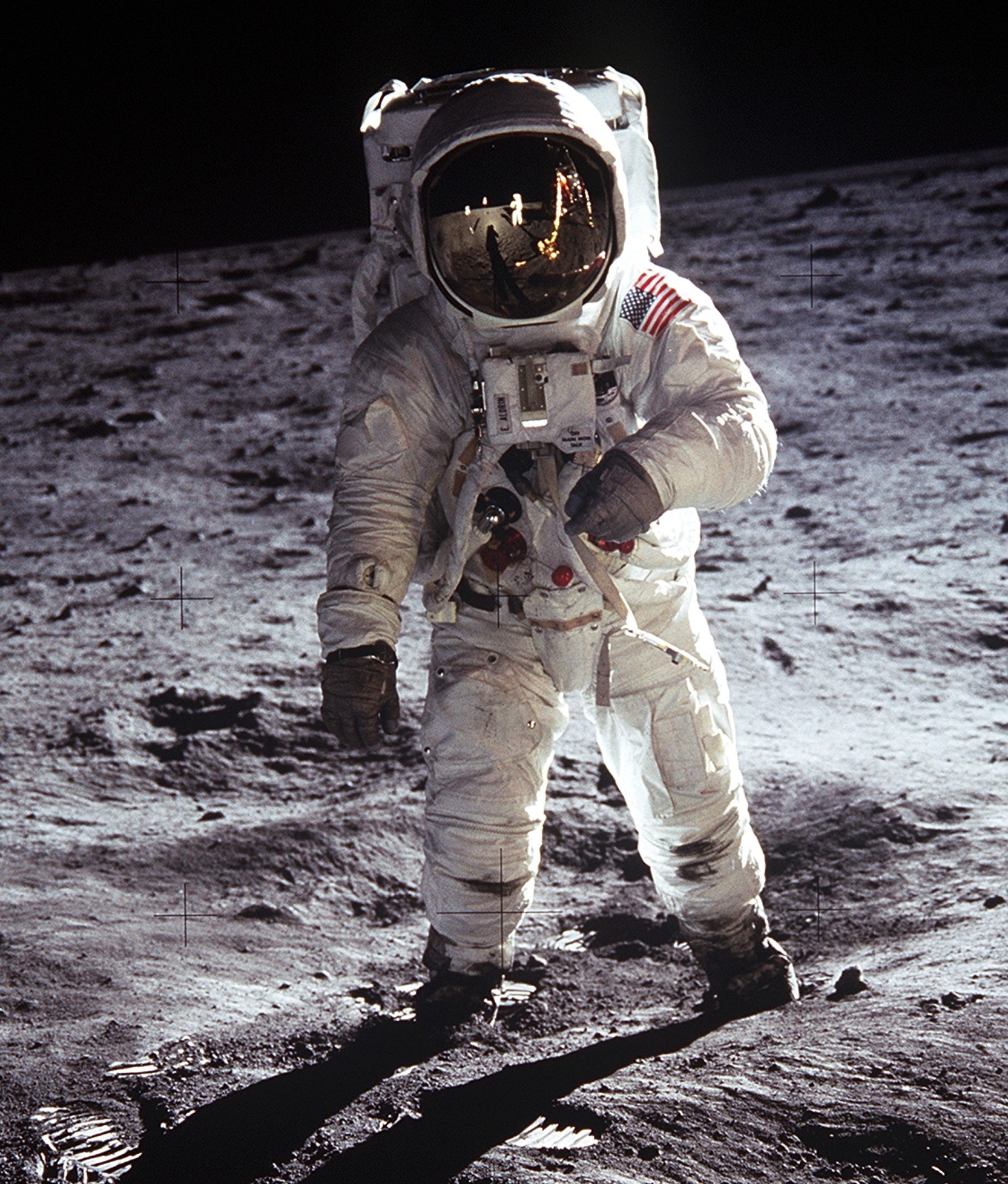 For some reason, James decided to ask whether or not a spacesuit would float, so we were on Google looking for the answer. Since I could not find an answer readily, I thought I'd make one up from what I did learn while researching. Unfortunately, we do not have a test suit here, but if someone would like to donate a $12,000,000 NASA space suit to the cause, we'd appreciate it.

I know that there is barely any pressure in outer space (1.322 × 10-11 Pa), so the suit does not have to built strong against outside pressure. However, it does have to be airtight to hold air in, and therefore needs to be able to handle the differences in pressure. But is there enough air inside to make it float, on earth, in water? The shuttle suit weighs 310 pounds. Put me in one, and that’s over 500 pounds of weight. The materials do not have to be made to float, but being airtight means that the air inside the suit and life support system could make it float, if it offsets the weight, or is that mass? So, how much air is needed? For something to float in water, objects just need to have a greater ratio of empty space to mass than the water. But I begin to wonder if other factors matter, like how humans can float while holding their breaths on their backs, but need to tread water while upright. I wonder if direction or amount of oxygen in tanks make a difference. And you can be sure NASA and every other program out there has tested spacesuits extensively, which is why it's surprising very little information has been published about whether or not they will float.

From a little research, I can see the astronauts train in actual space suits 40 feet under water, so we know the suits can handle the pressure of being under water, but is that where the suits are naturally buoyant, or are they manipulated with weights or air to get them to that depth? I read that the Sokol spacesuit, which is really more of a flight suit with some outer space capabilities, can float, but the fact that it's mentioned with that suit would seem to imply other spacesuits do not float. However, the buoyancy of spacesuits does not seem to be an important design feature.

In conclusion, I’d say that whether or not a spacesuit floats depends on the suit, but I would also infer from various sources that the spacesuit about which my son was asking probably does not necessarily float, even if it is airtight. Remember, I am not an expert here, so if you know the answer, just leave a comment.